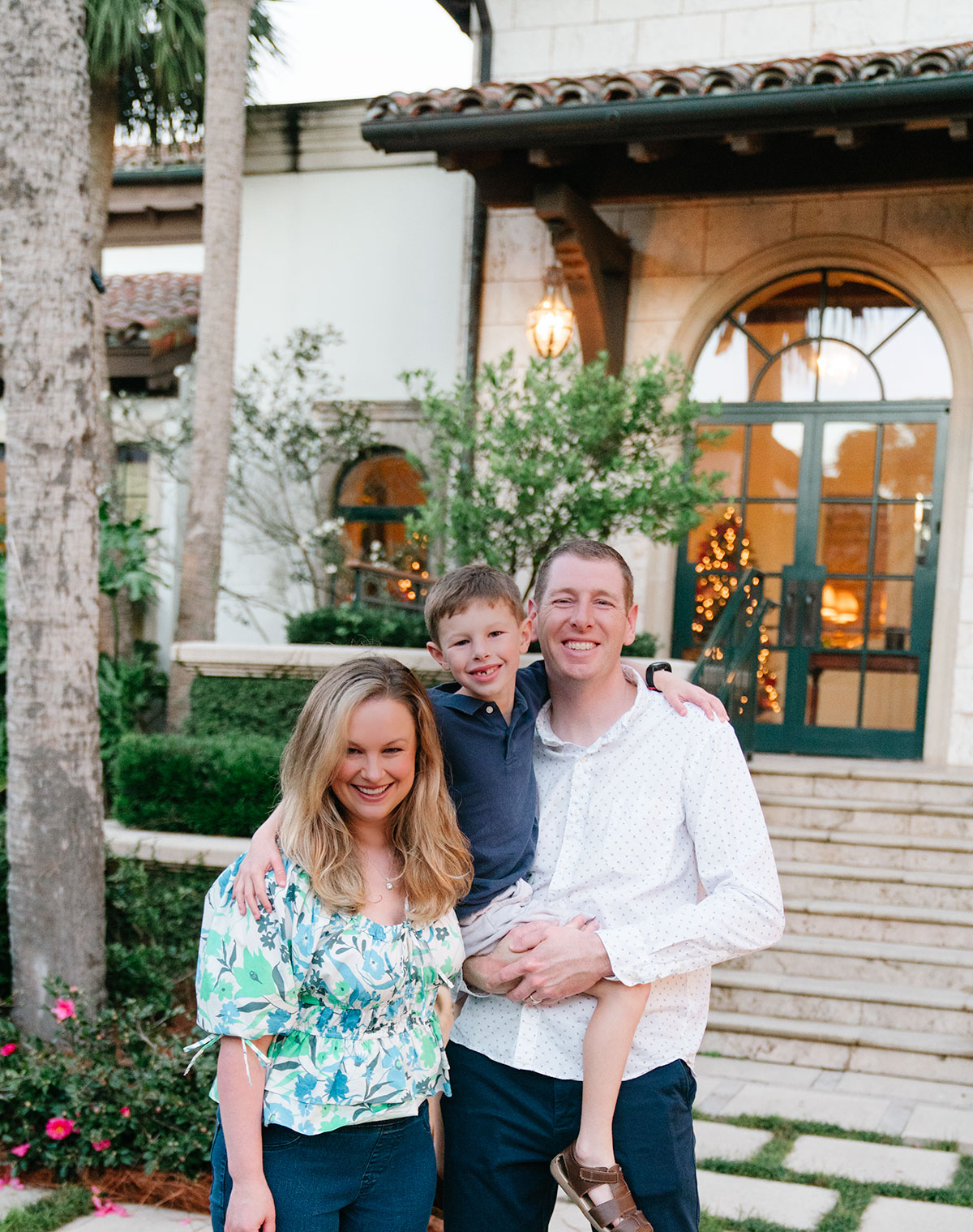 Right after Thanksgiving, we took our first trip to the Sea Island Resort in Georgia. It was a very beautiful place with a touch of magic.

When I say “magic,” here’s one example: I saw my first shooting star! The Golden Isles region of Georgia is home to a large population of sea turtles, and the region implemented a lot of protections for the turtles. One protection is that light pollution is highly regulated and minimized. So at night, we could look up to a sky just exploding with (seemingly) millions of bright starts. One night when I was out on the balcony (I think Chris and Tru might have been in the resort arcade), I saw a very bright light in the sky, rapidly moving straight down (toward the ground). It left a streak of light and then seemed to ‘explode’ into the brightest sparks as it moved closer toward the ground. The entire thing lasted just a couple of seconds, and I could hardly believe what I’d just seen! I wish Chris and Tru had been there to witness it!

Here’s another example: It had been a rainy morning. But by lunch time, the sun came through for us and started to burn away the clouds. Again, I stepped out onto the balcony. I looked to my left and saw a perfect arch with the most clear and vivid rainbow. As I continued looking, I noticed that there was a (less vivid) double rainbow! I rushed to bring Tru out onto the balcony so he could see. We just don’t get such vivid rainbows in New England.

The sea turtles brought a lot of magic as well. We didn’t get to see any in their natural habitat (on the beach) since it was off-season (the turtles nest in summer). But we did check out the Georgia Sea Turtle Center on Jekyll Island. It’s a rehabilitation facility for turtles that are found sick or injured. Tru had such a great time watching a live presentation with the turtles and their vets; we spent a long time there since Tru was enthralled. The staff are clearly so dedicated to helping the turtles heal and recover. We even got to see a few adorably miniature baby turtles.

Chris and Tru also got to see dolphins! They went out on a fishing boat one late afternoon (and Tru helped catch a fish!) The captain of the ship said the local dolphins were really playful and loved to follow the charter boats, and a few did! Chris got videos of them leaping through the water behind the boat.

The weather in late November was comfortable and warm. Temperatures reached the mid-70’s, which is my ideal. We spent plenty of time on the beautiful beach. Tru has so much fun playing in the sand and building sand castles. We came up with a fun game. We found the coolest shells we could find along the shore, then Tru had the idea to burry them in the sand. He put a giant “X” over the “hidden treasure” and then traced in the sand the word “Treasure” in the most enormous letters. Beside it, I wrote in the sand, “Mani Loves Tru.” Another time, we went for a long walk along the beach at sunset. Chris and I had the chance to chat and hold hands while Tru had the time of his life splashing in the tide pools.

Our room was a beautiful one-bedroom suite with soaring cathedral ceilings, wooden beams and a giant fireplace in the living room area. There was a large beautiful balcony that overlooked the landscaped pools and grounds and the ocean just beyond. Each night, we’d tuck Tru into his pull-out bed in the living room, and Tru would tuck his dolphin stuffed animal (gifted to him by the resort staff at check-in) onto the pillow beside him. Then Chris and I would sit out on the balcony to look at the sky full of stars and listen to the soothing sound of the waves crashing against the shore. We loved to sit out on that balcony for breakfast and lunch too.

I think Tru would vote the Sea Island Resort as one of his favorites because it had all of the following: an arcade, a candy and ice cream shop, and a bowling alley (that served giant pretzels!) We also found a bocce ball court one evening when we were wandering around the resort before dinner. Chris and Tru had fun playing as the sun set behind the river. We also got to watch staff building the most incredible gingerbread house display. We didn’t get to see the final product, but they were in the process of creating a towering gingerbread house in the shape of a sand castle! It was fascinating to see the endless tubs of white icing they used. An employee told us they had been baking gingerbread for months to prepare!

Things I particularly loved about Sea Island: the beautiful gardens and landscaped grounds, the stunning Christmas decor, and the food at each and every restaurant was delicious.

One night, we drove over to Jekyll Island to check out their outdoor Christmas lights display. They had covered some of the stunning and enormous Southern live oak trees with sparkling white lights, which was spectacular to see. Along the way, we stopped at a mini golf course that was decorated for the holidays. Chris and I were laughing because it looked like the course (and decorations) were built in 1950 and hadn’t been touched since then.

We also had a fun family morning on the golf course, which was beautiful. I think the boys were really excited to play on a course the pros play. Tru played a great game. When he’s in “the zone,” he’s a really incredible golfer. Unfortunately, when he’s not, meltdowns are highly likely! But that day, things ran smoothly and the weather was ideal: sunny and mildly warm. Despite the fact that I didn’t play, I had a wonderful time. Golf courses like the Sea Island course are the best place to take a walk: beautiful, natural surroundings and so peaceful! 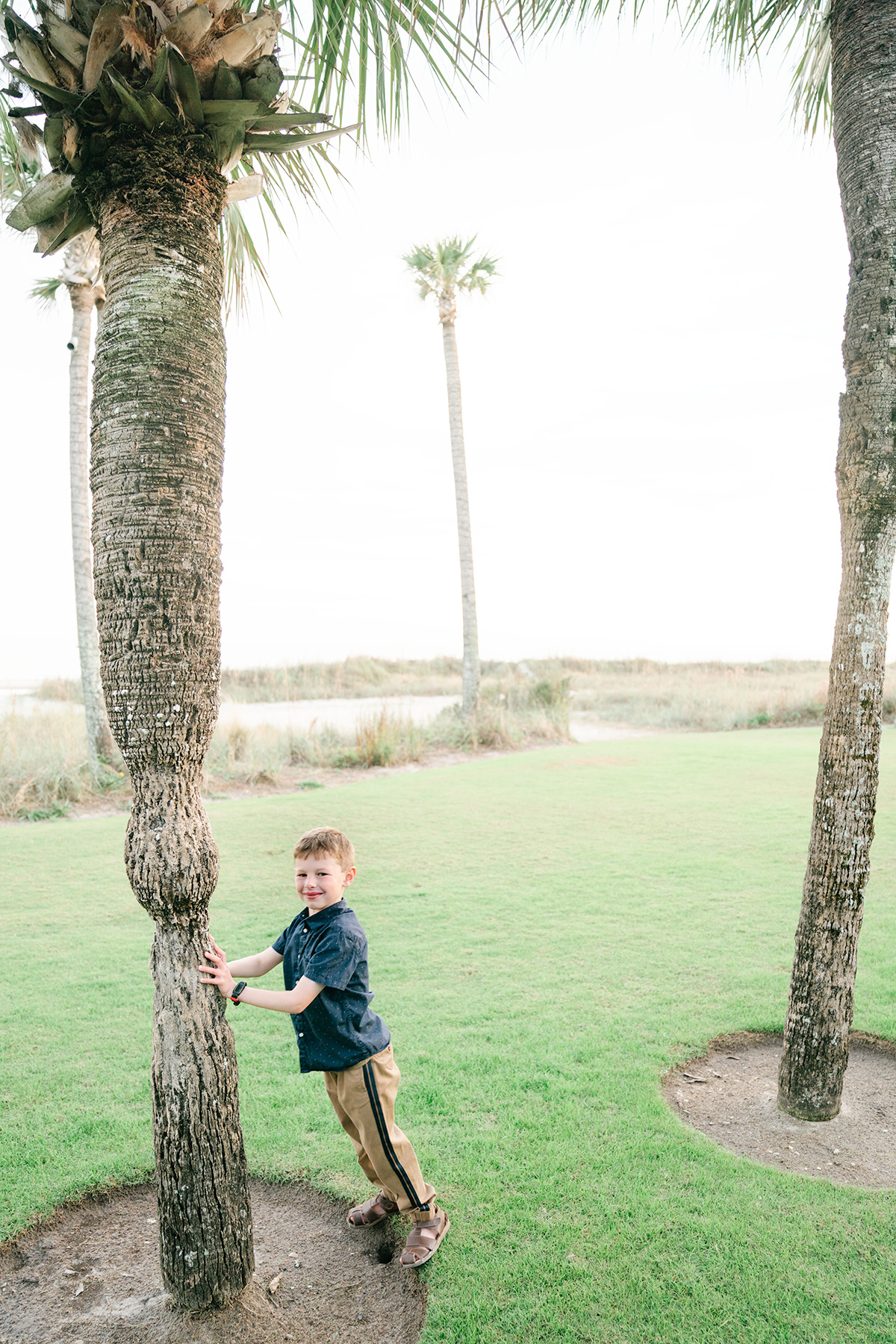 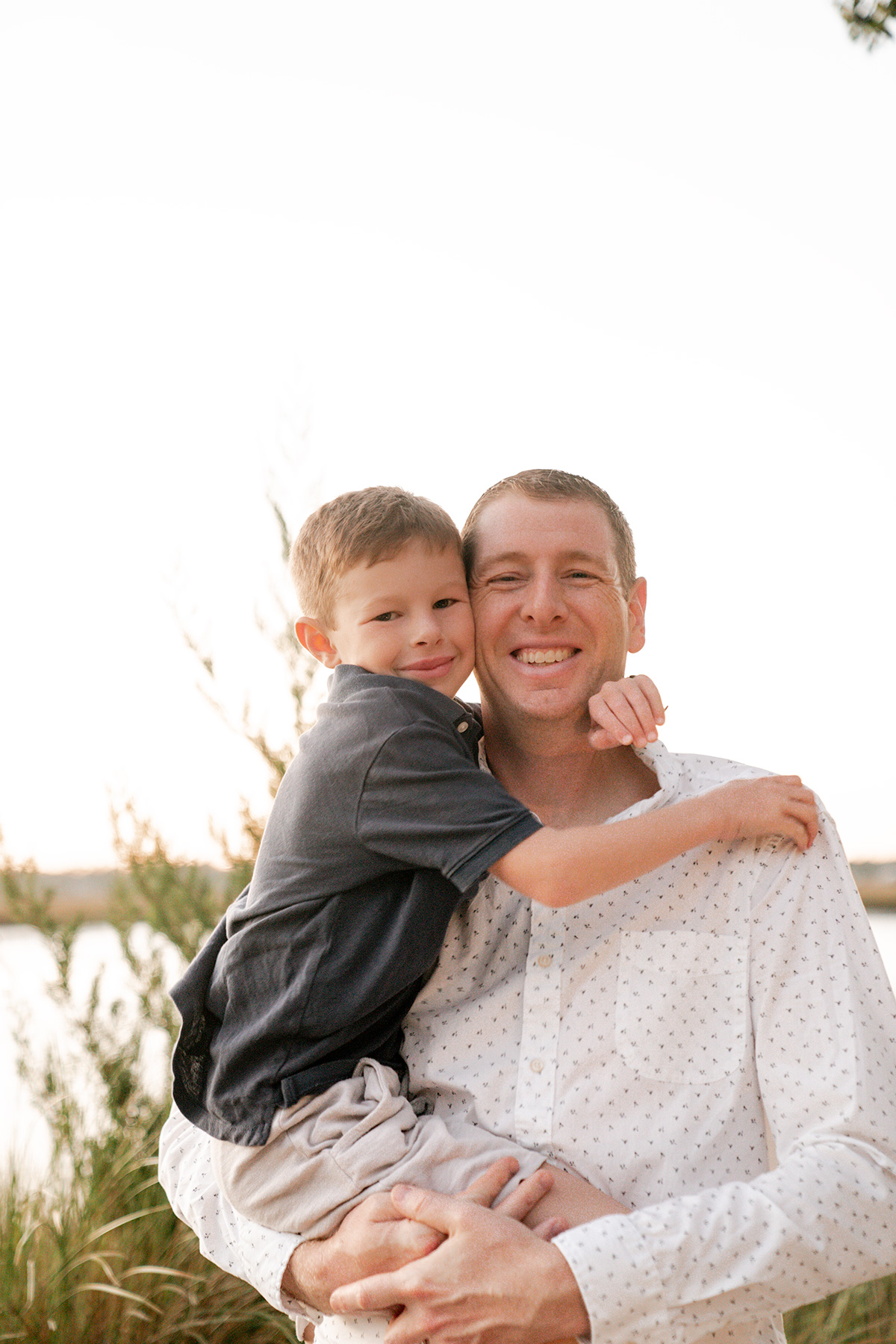 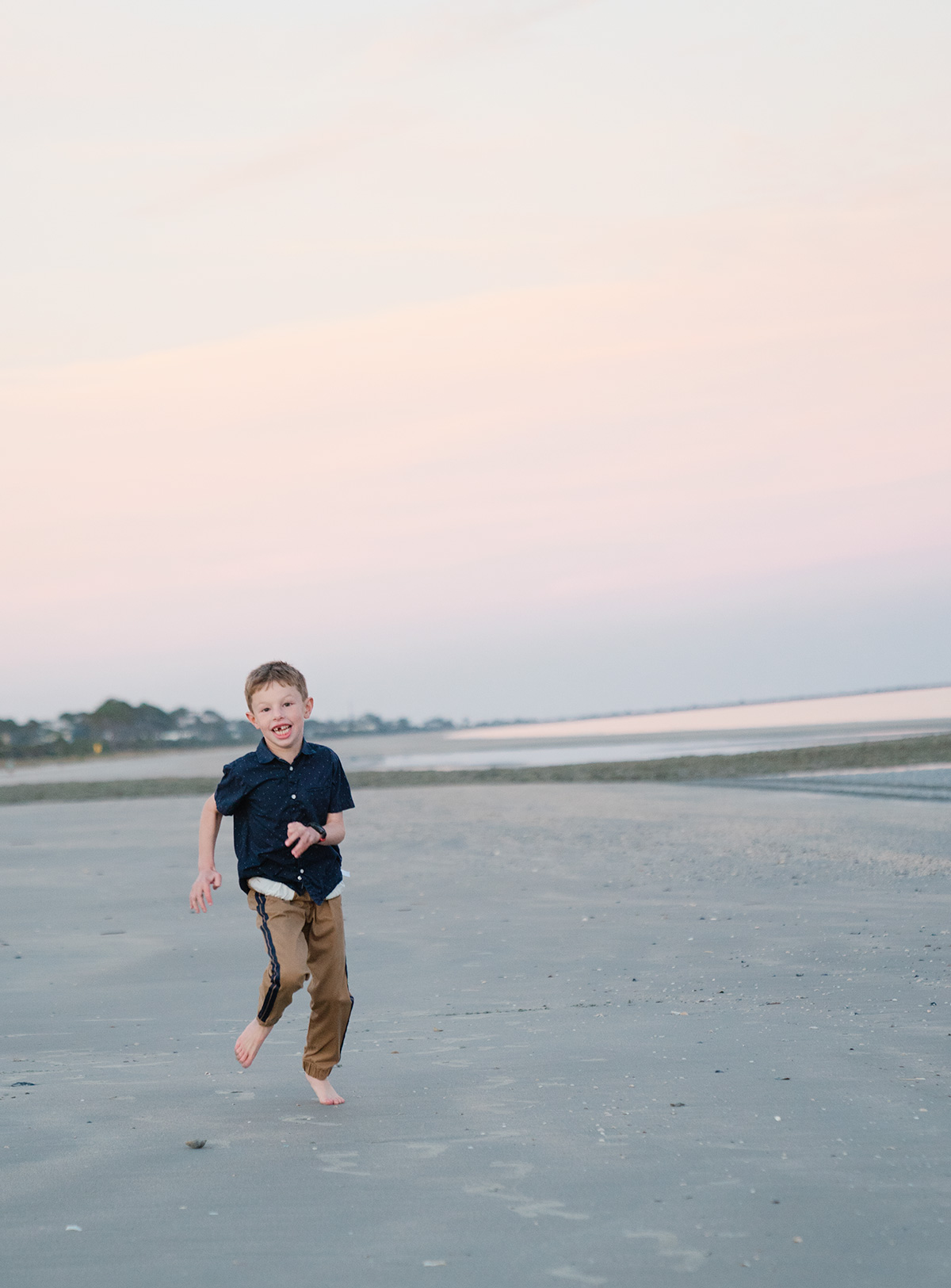 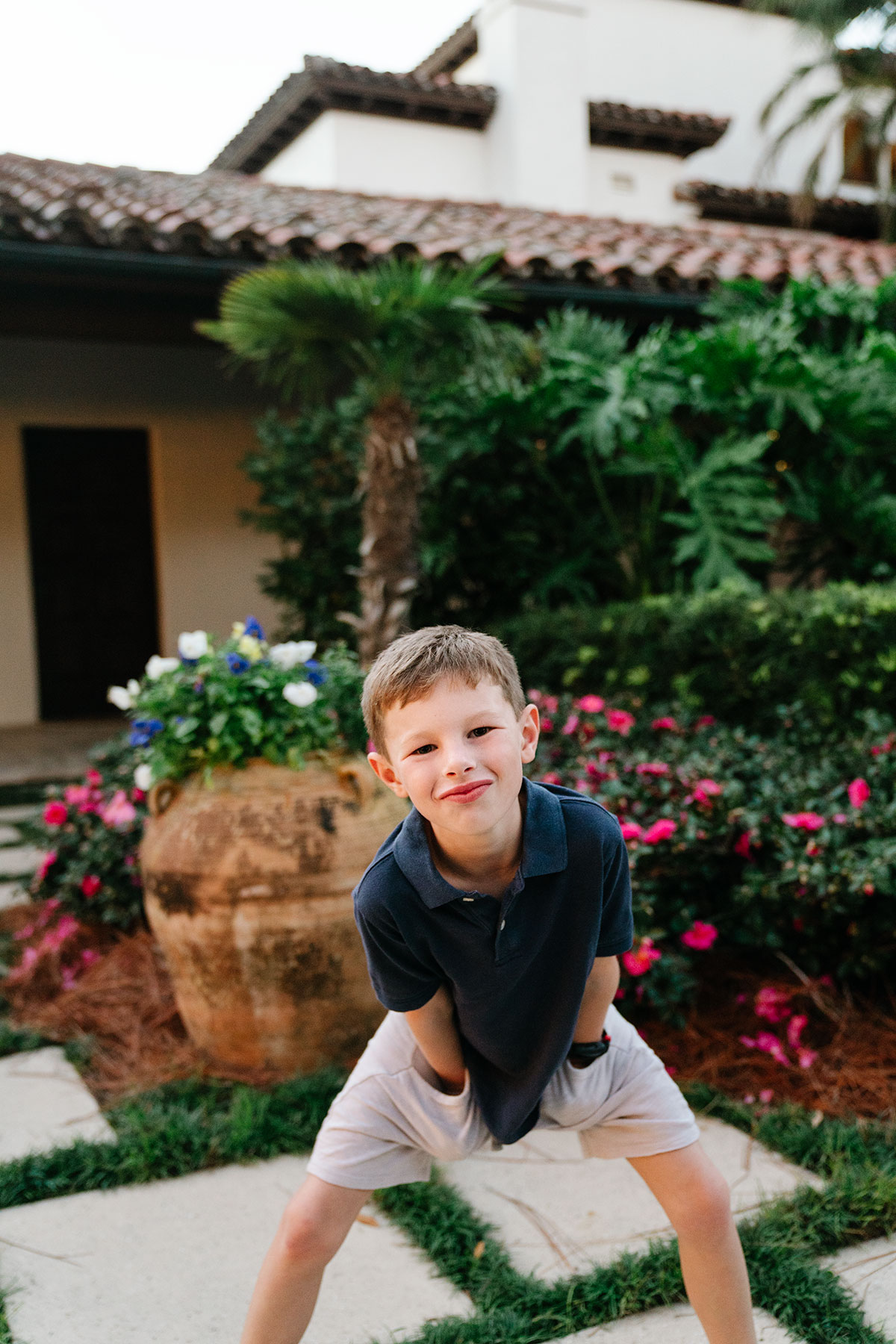 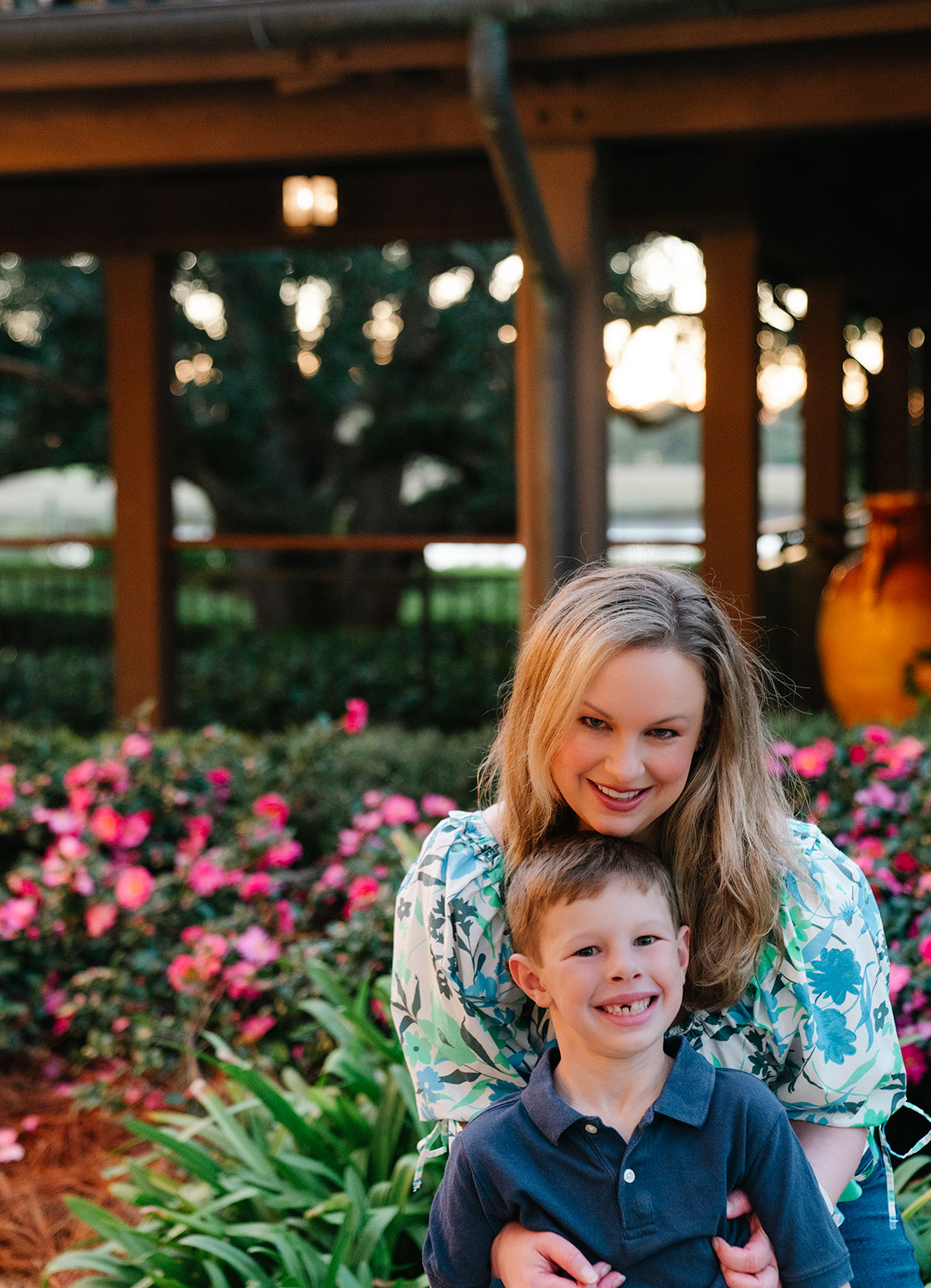 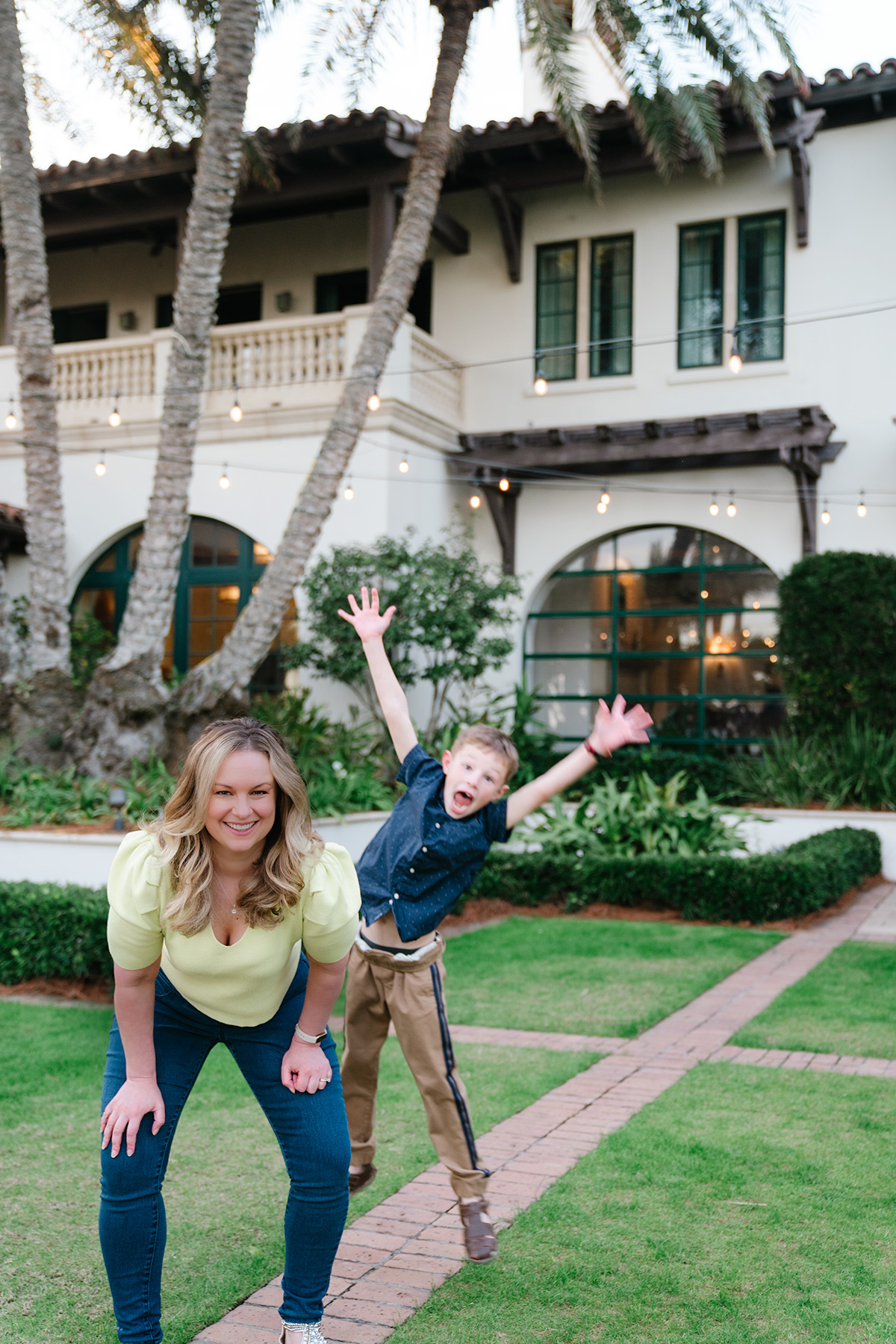 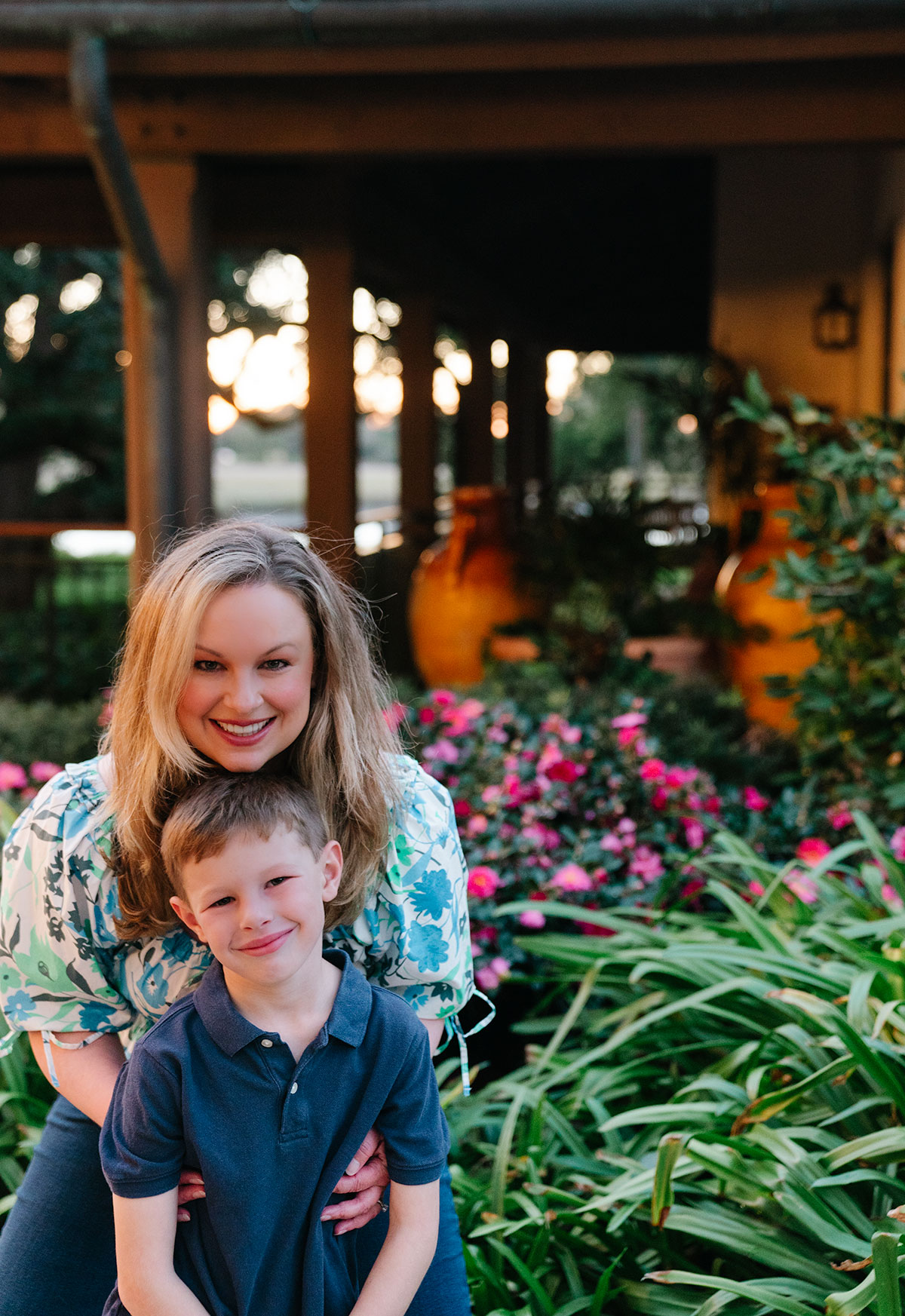 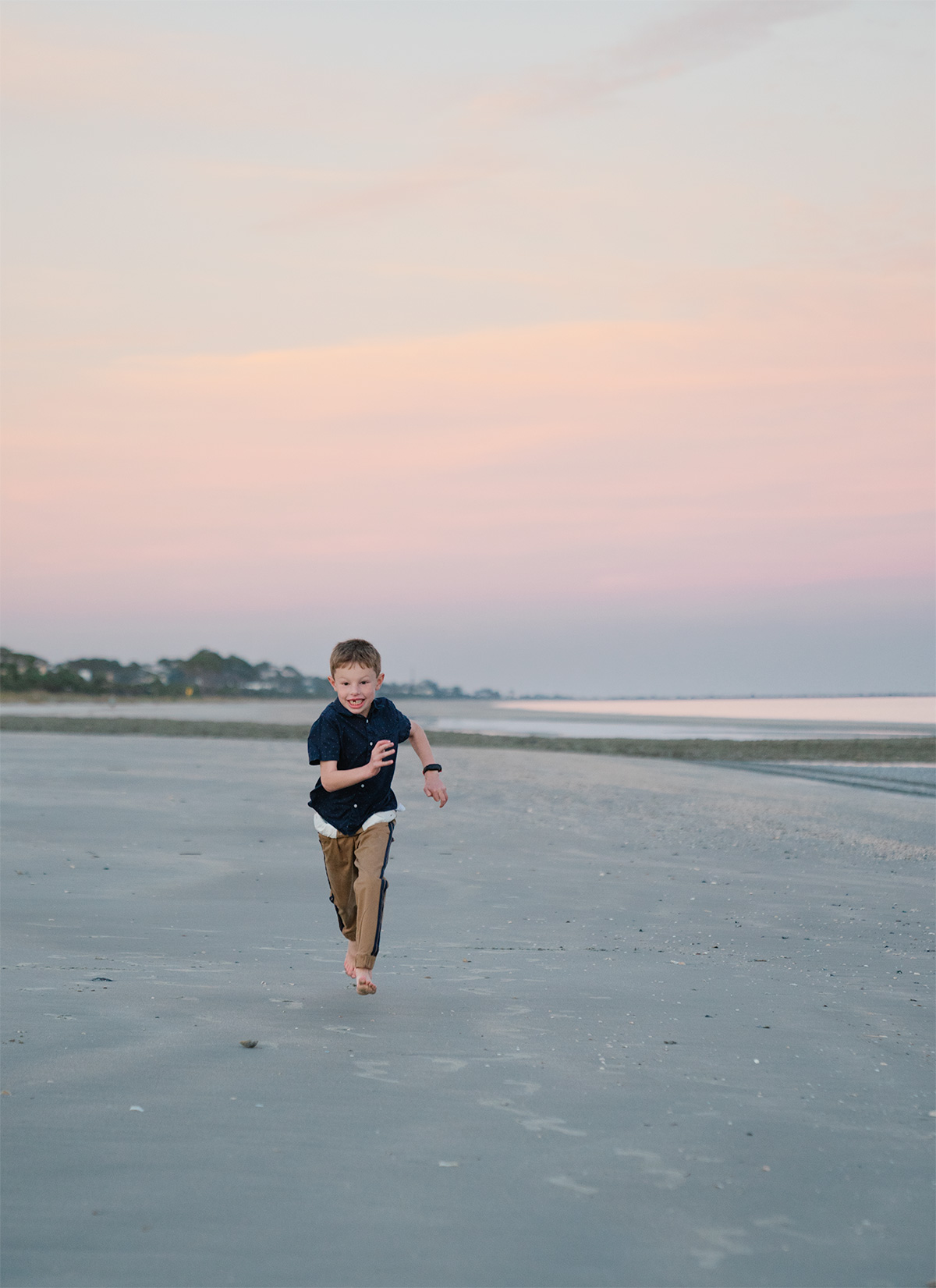 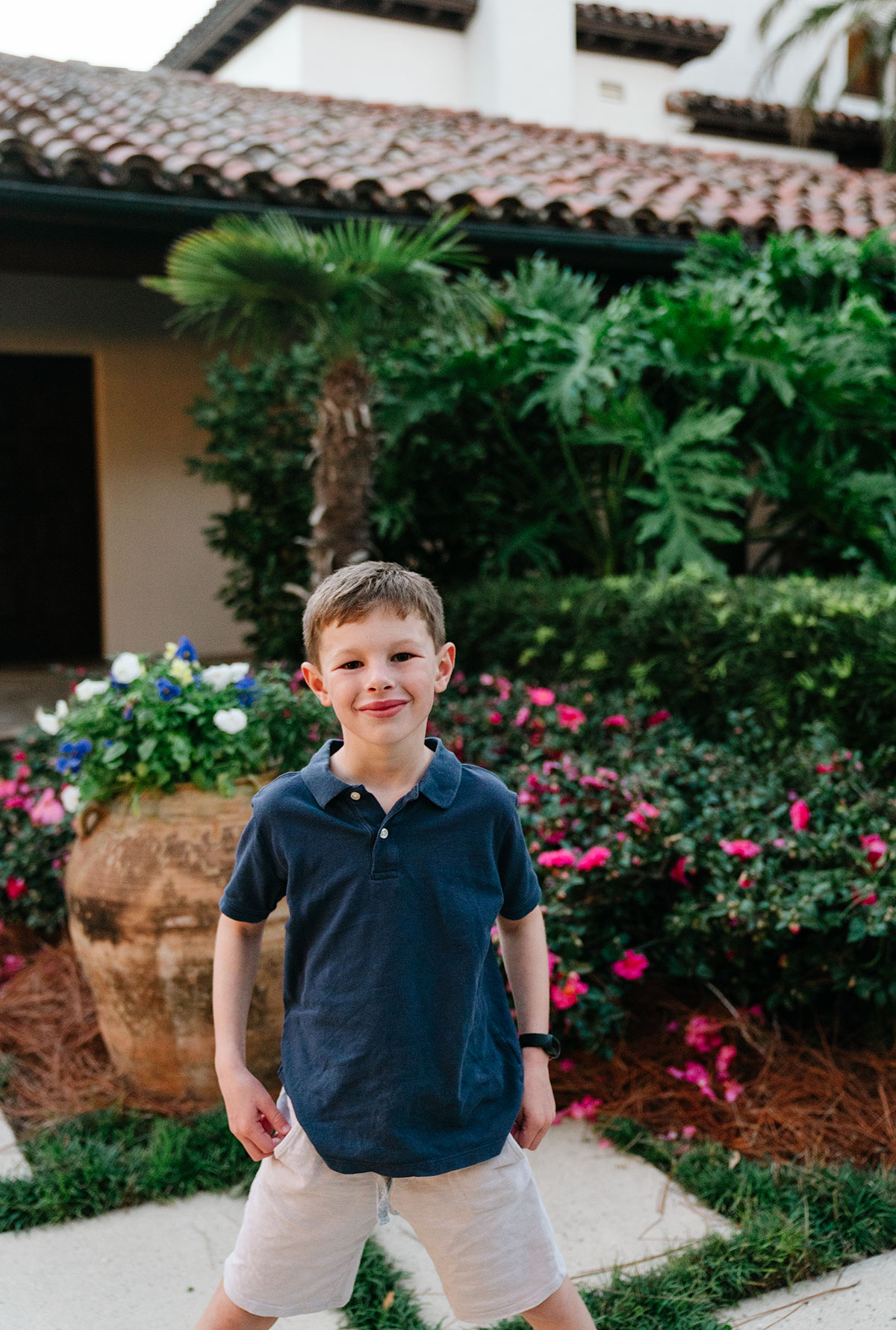 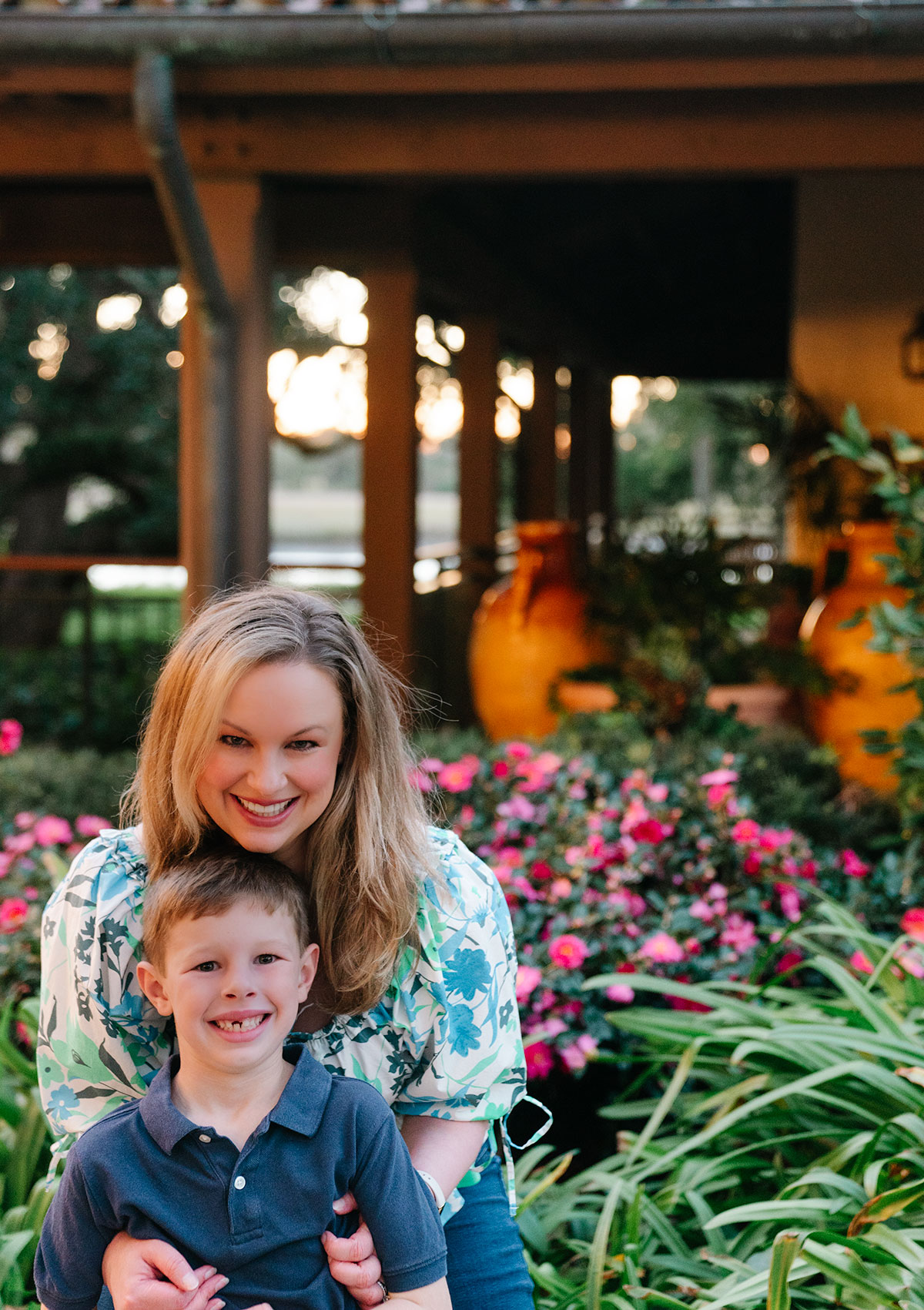 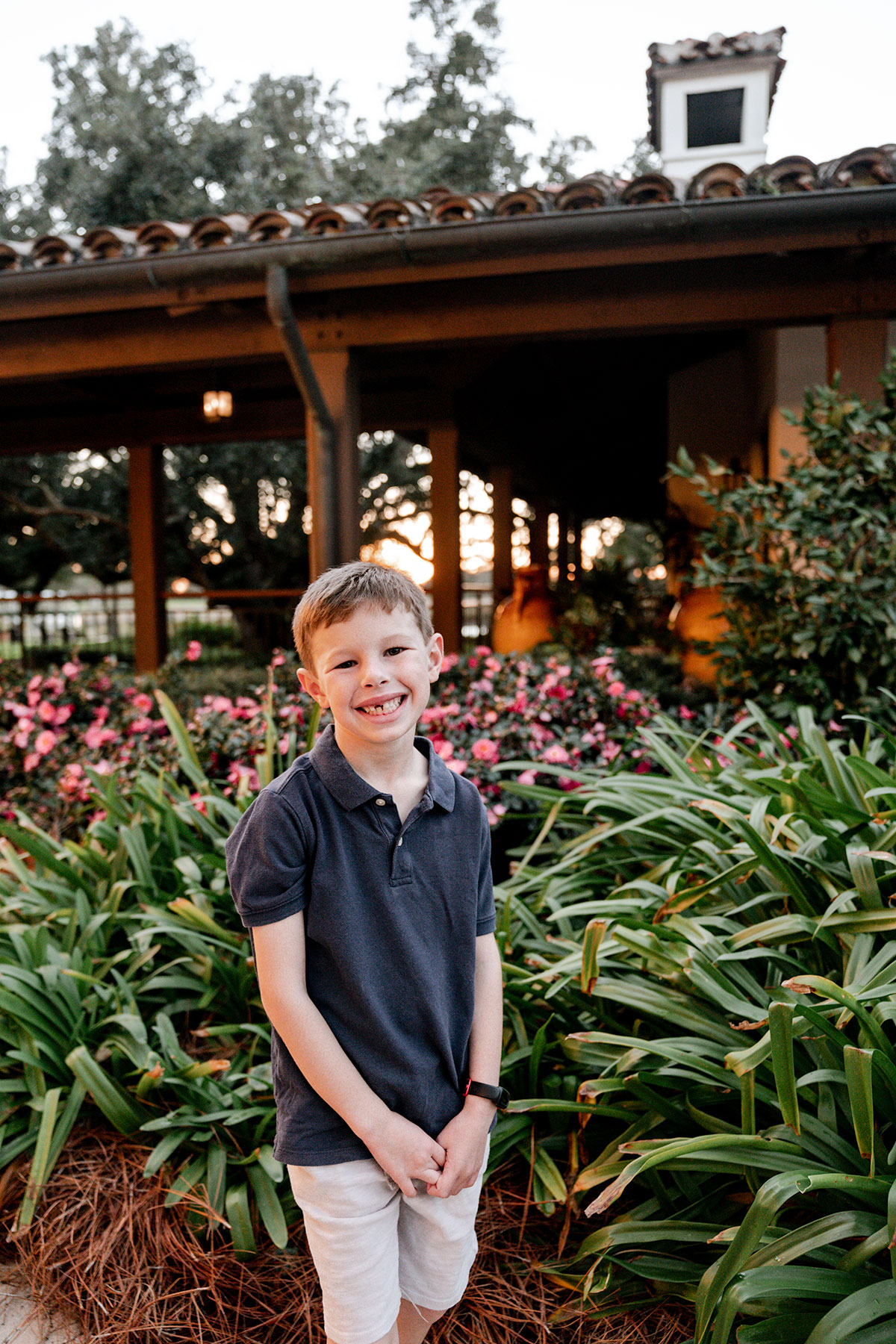 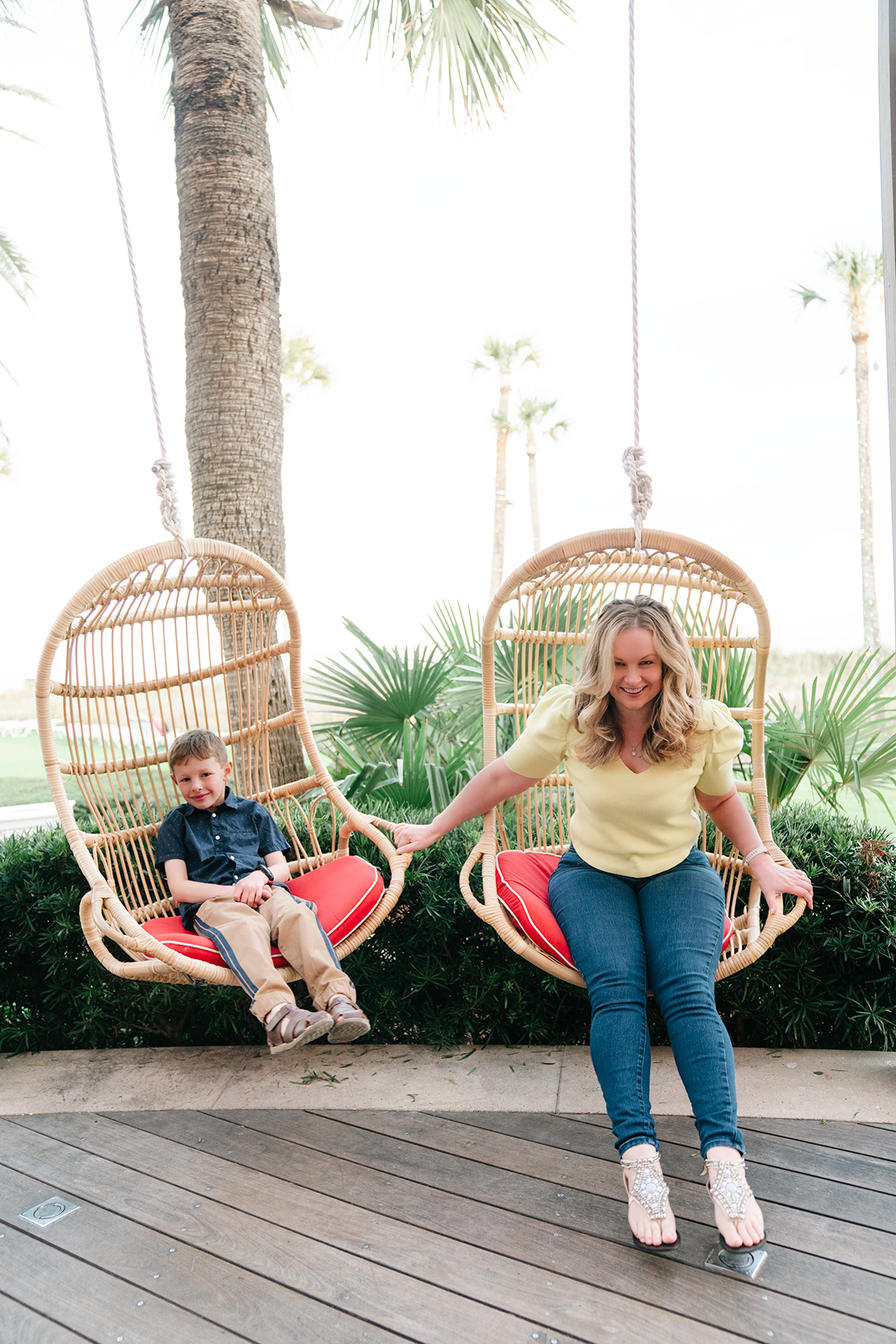 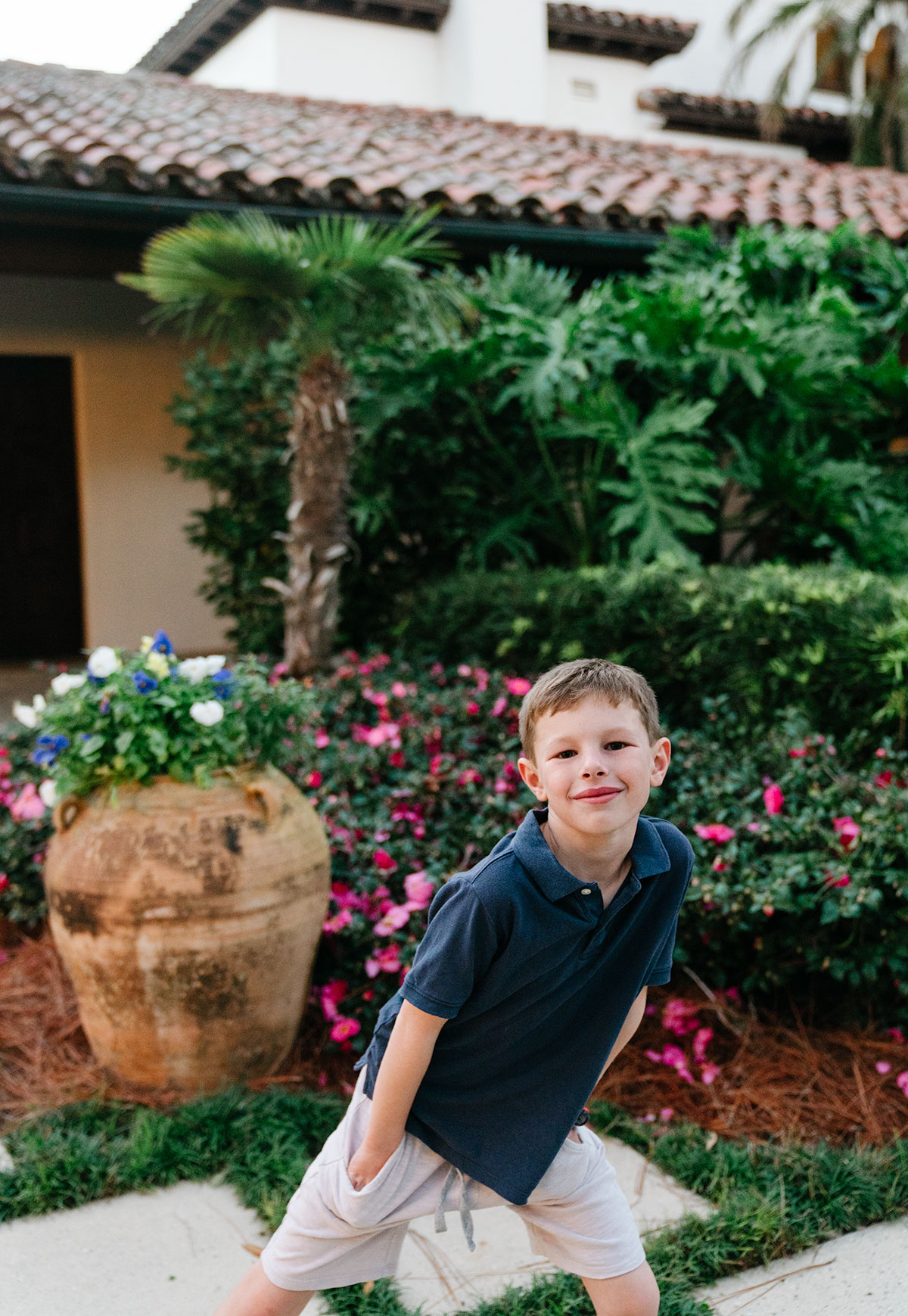 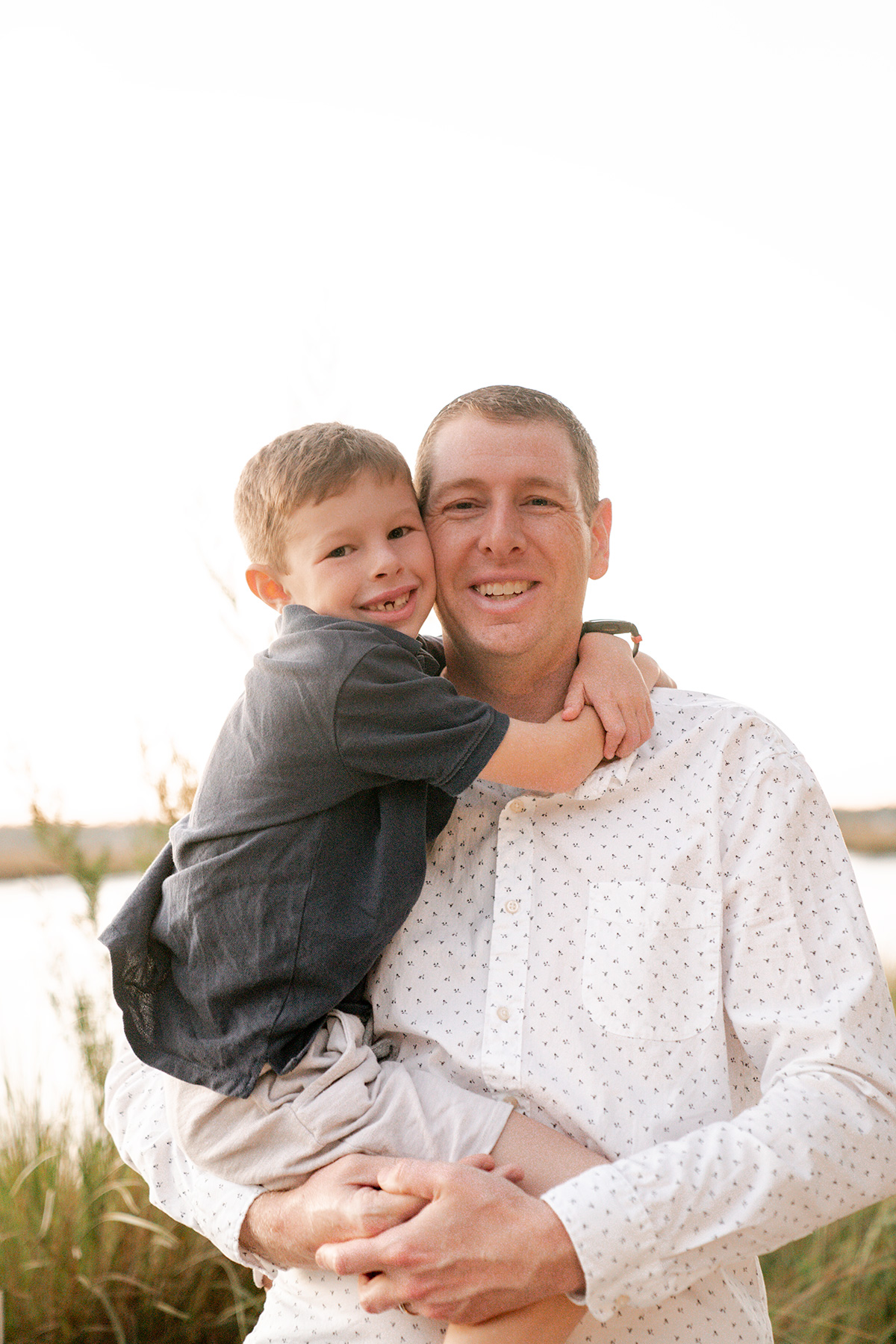 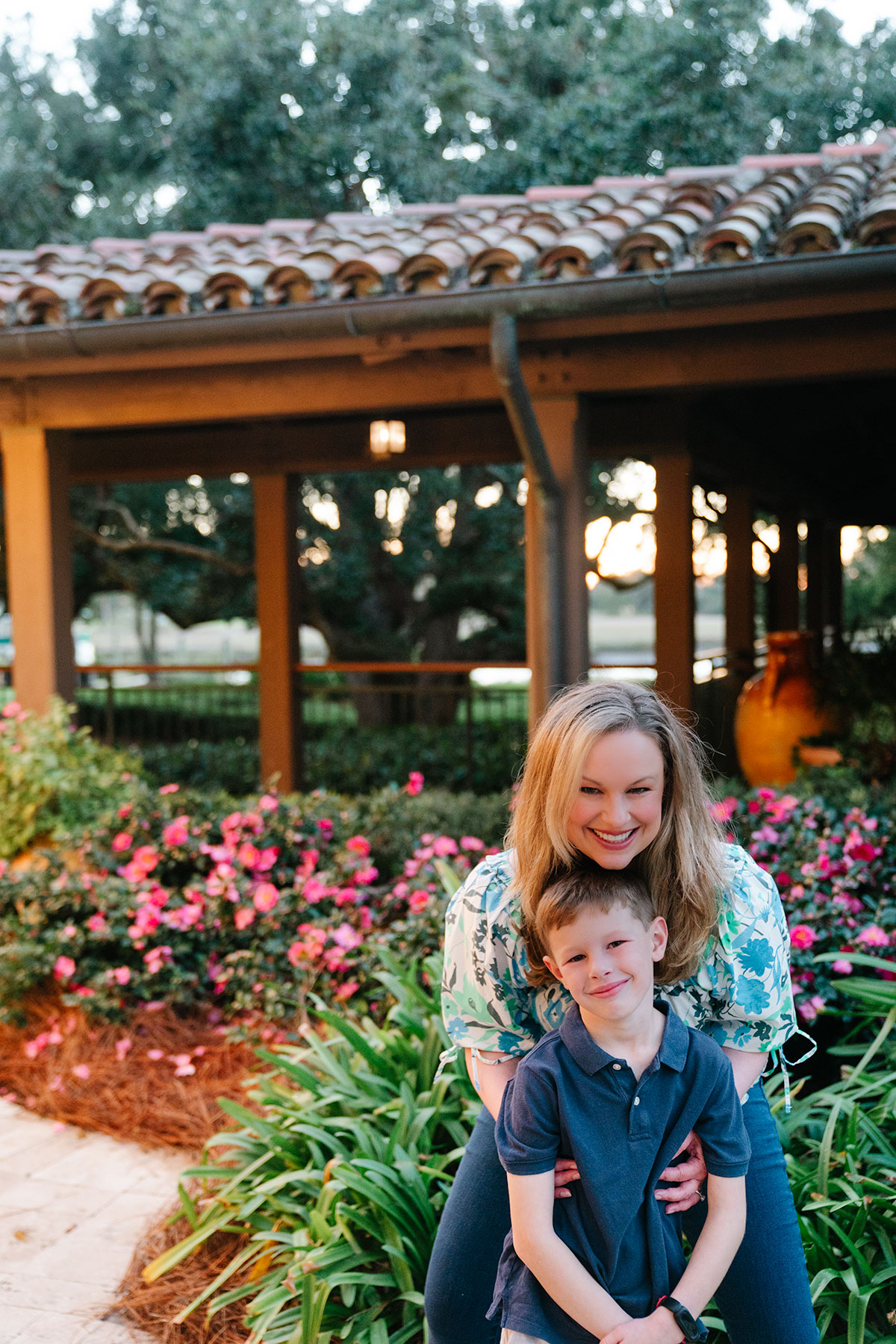 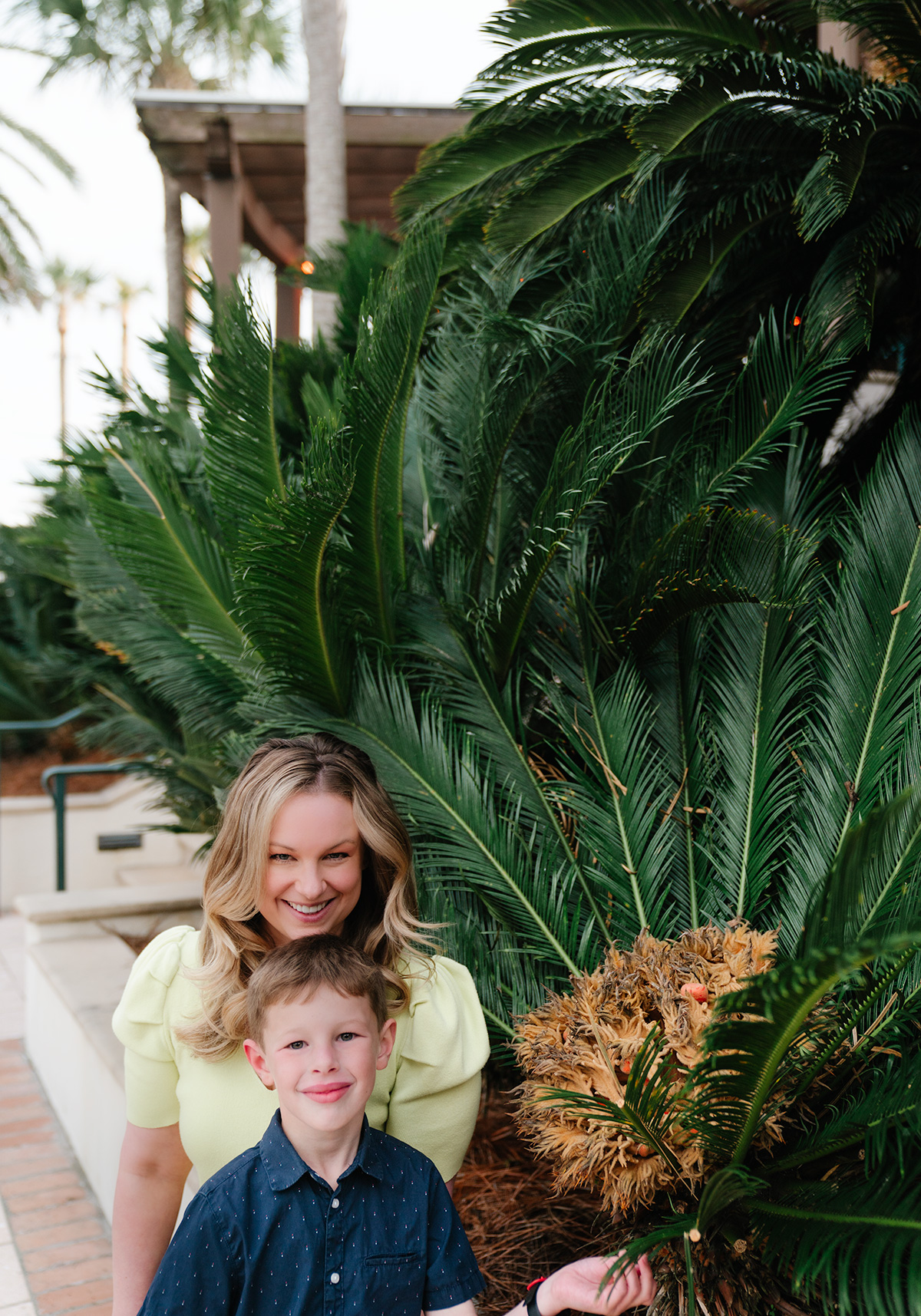 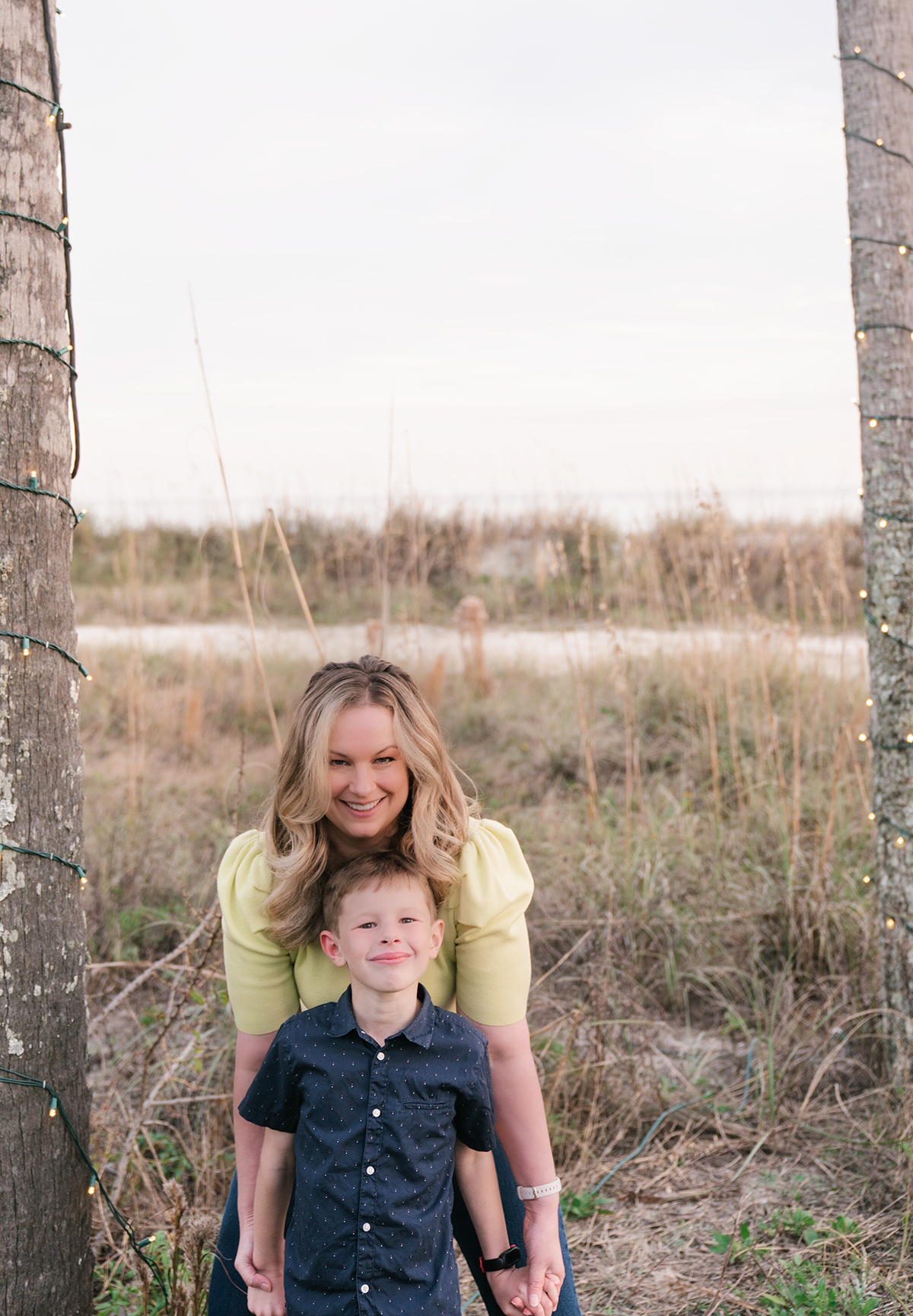 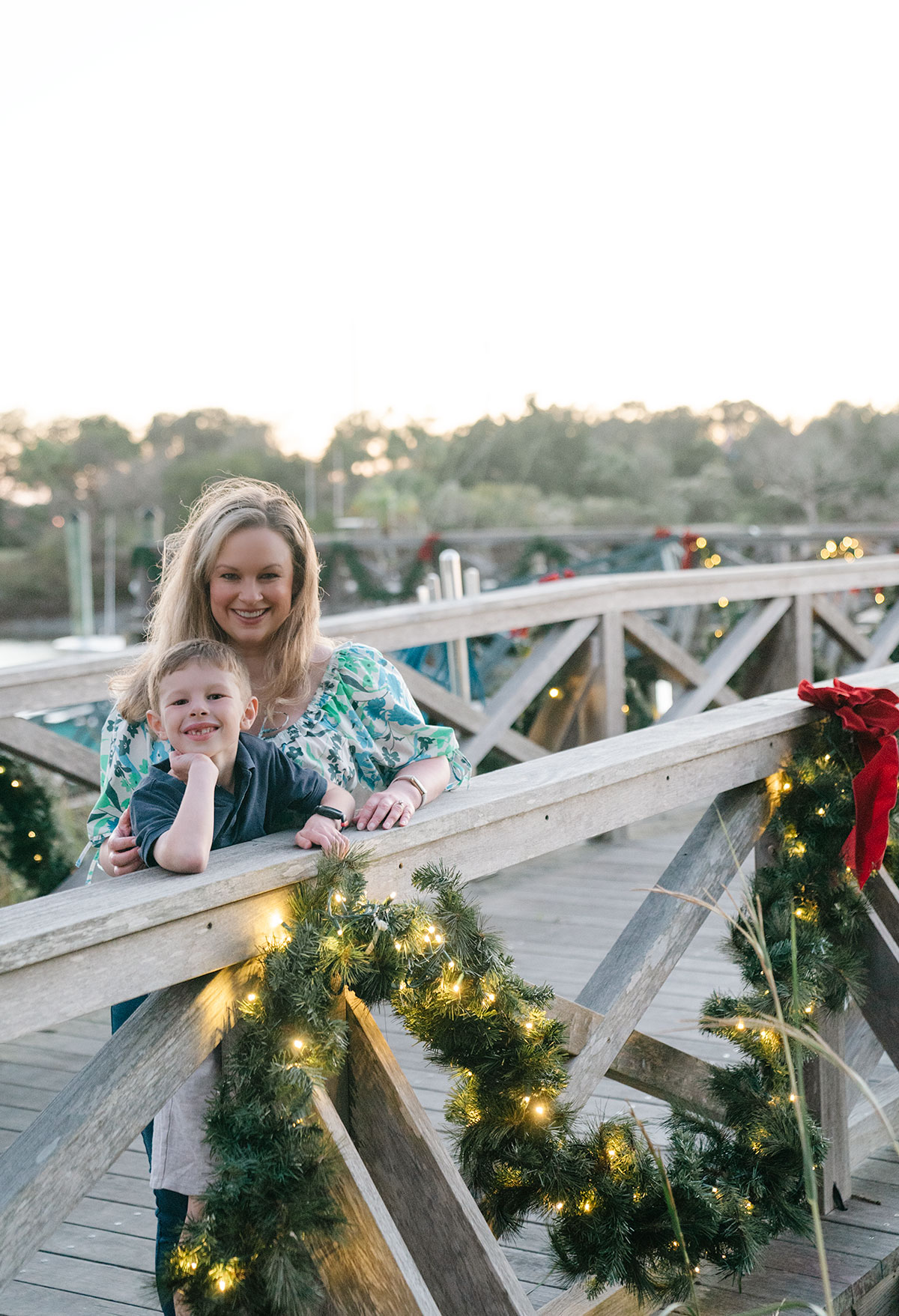 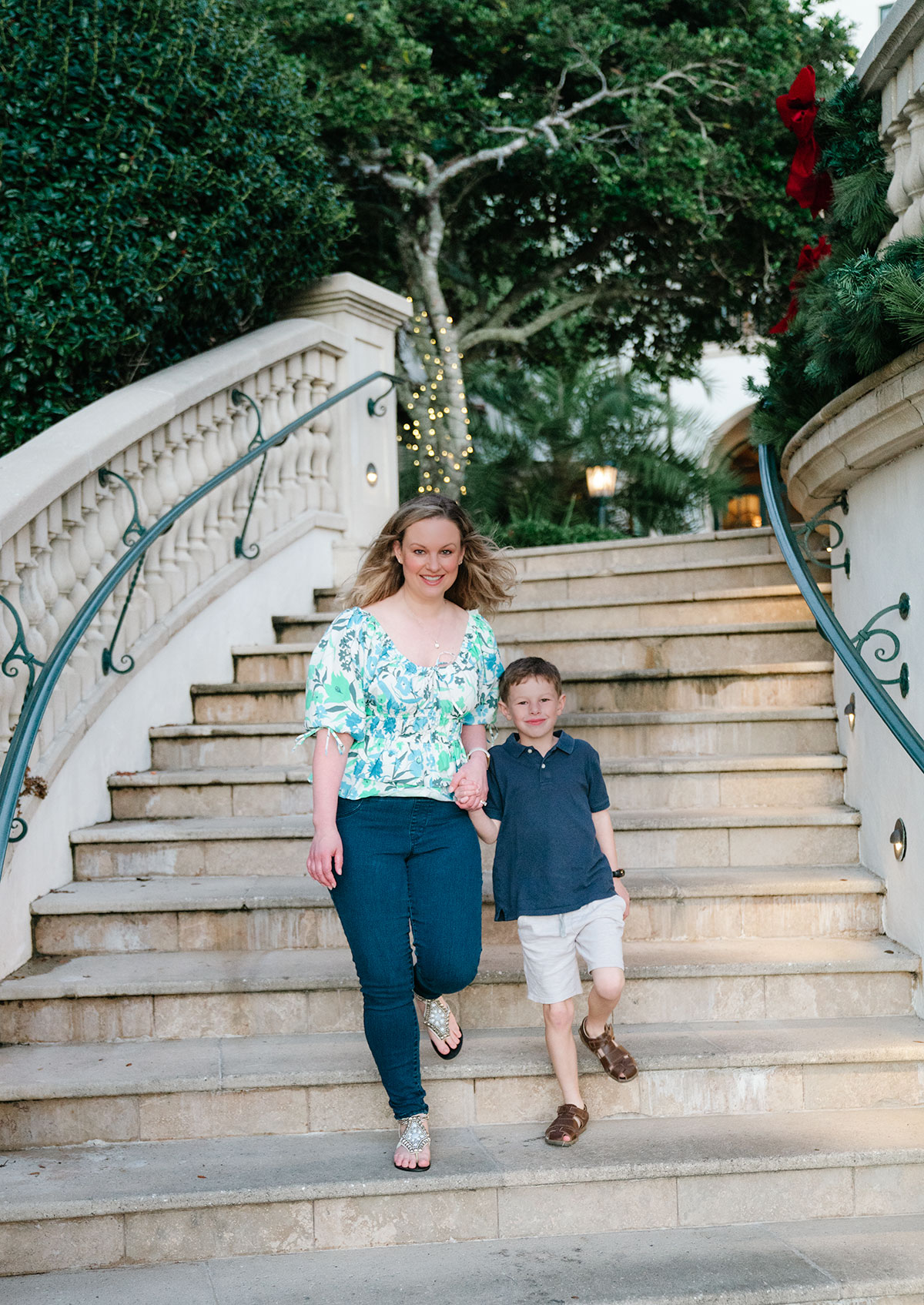 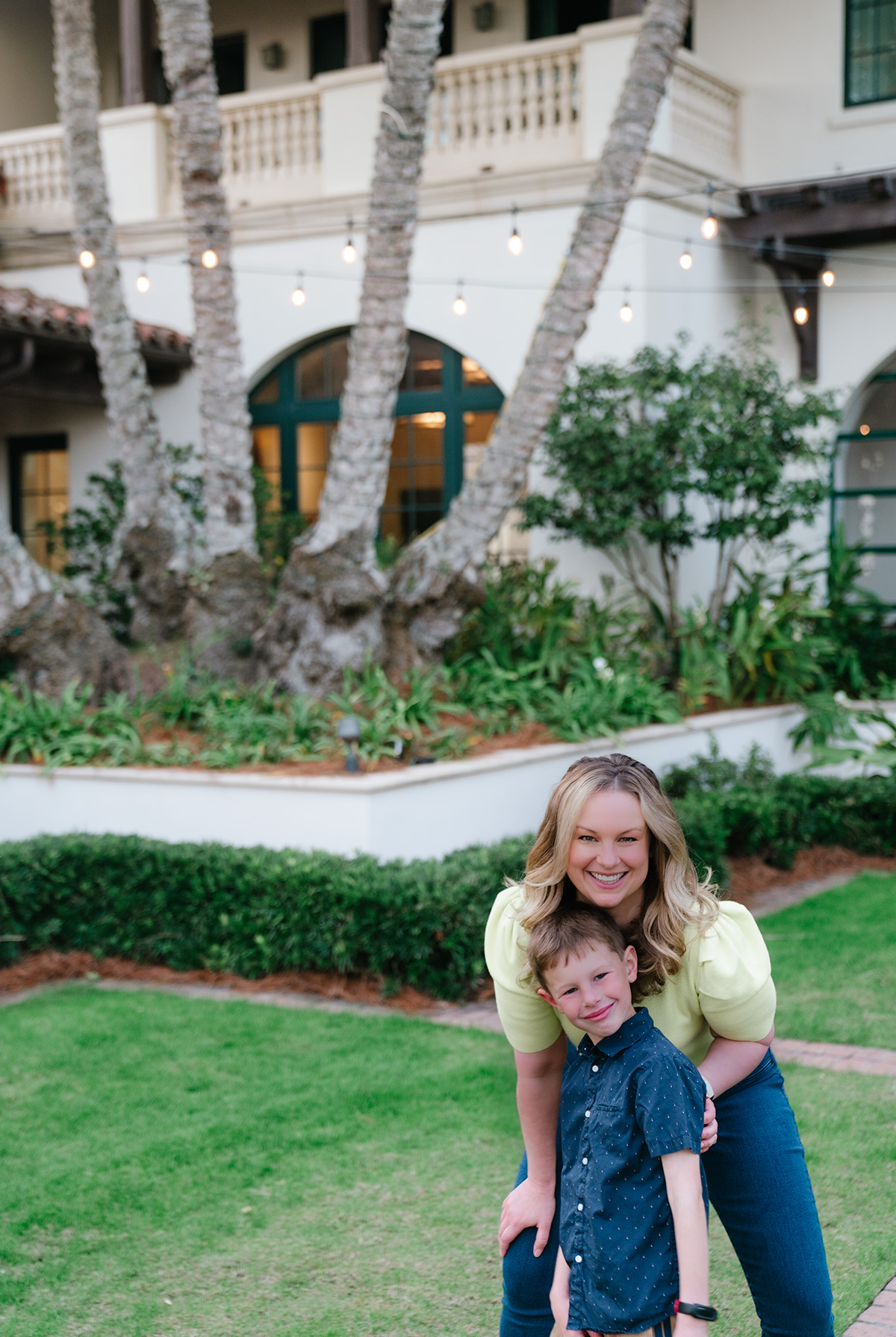 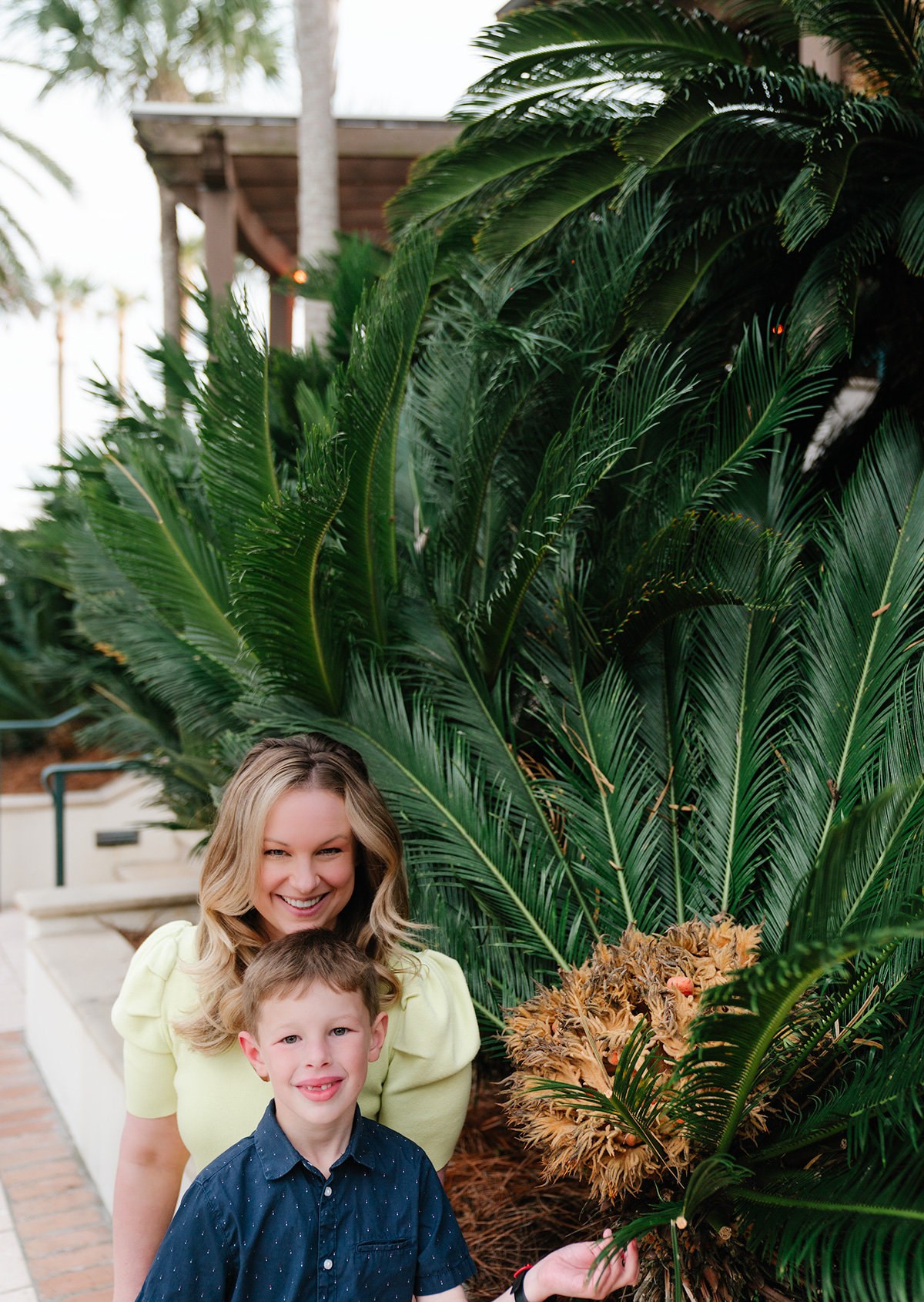 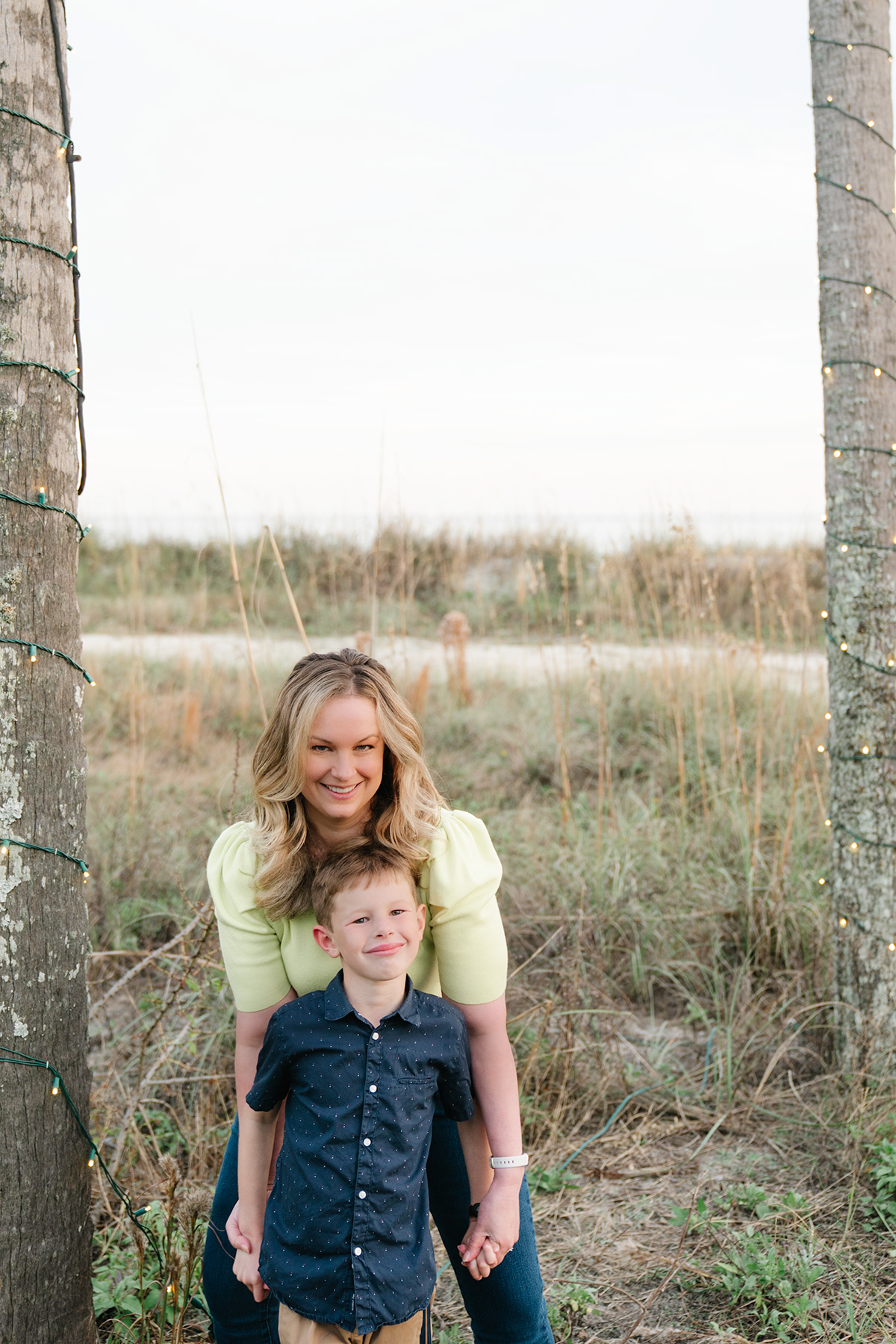 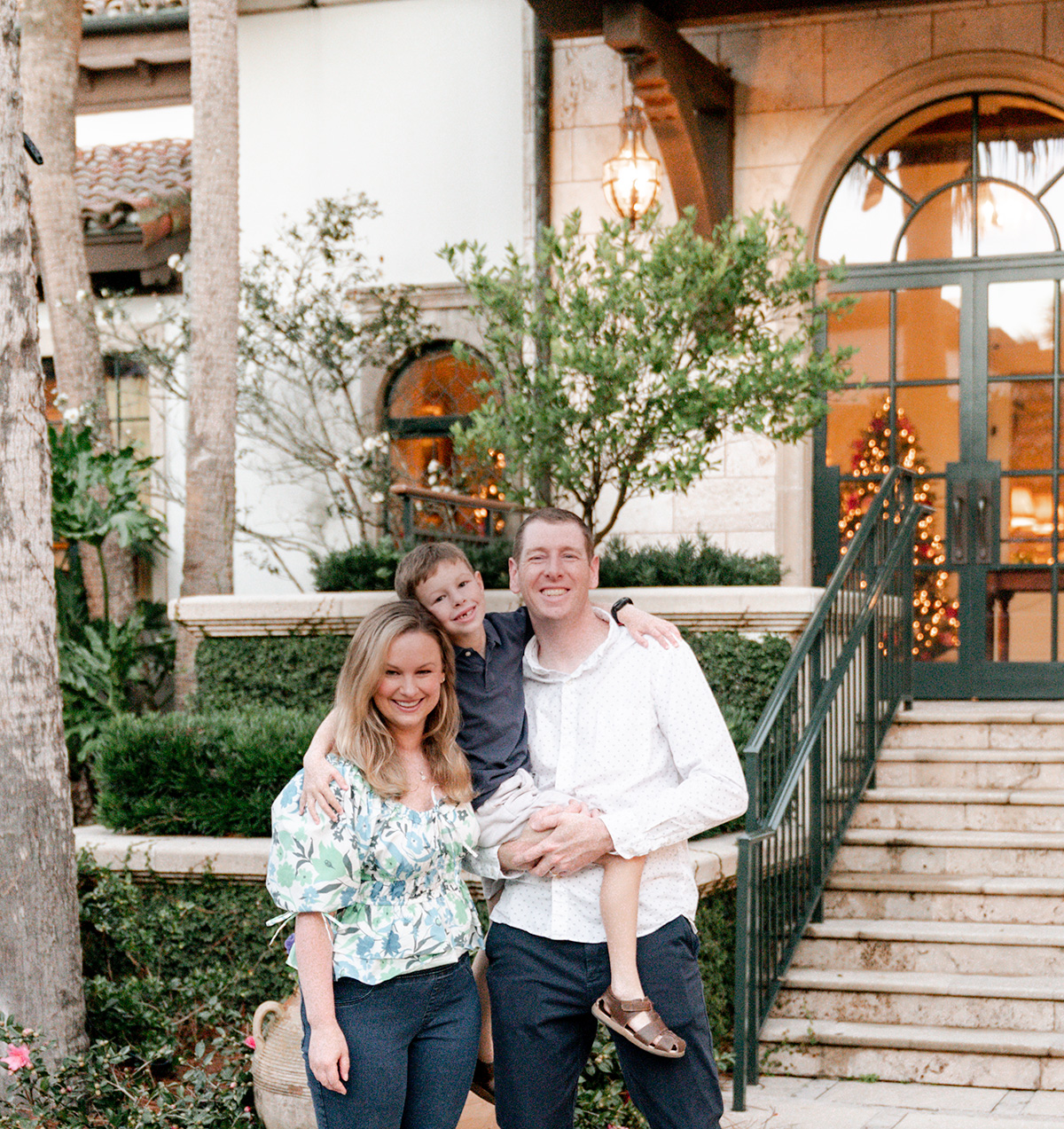 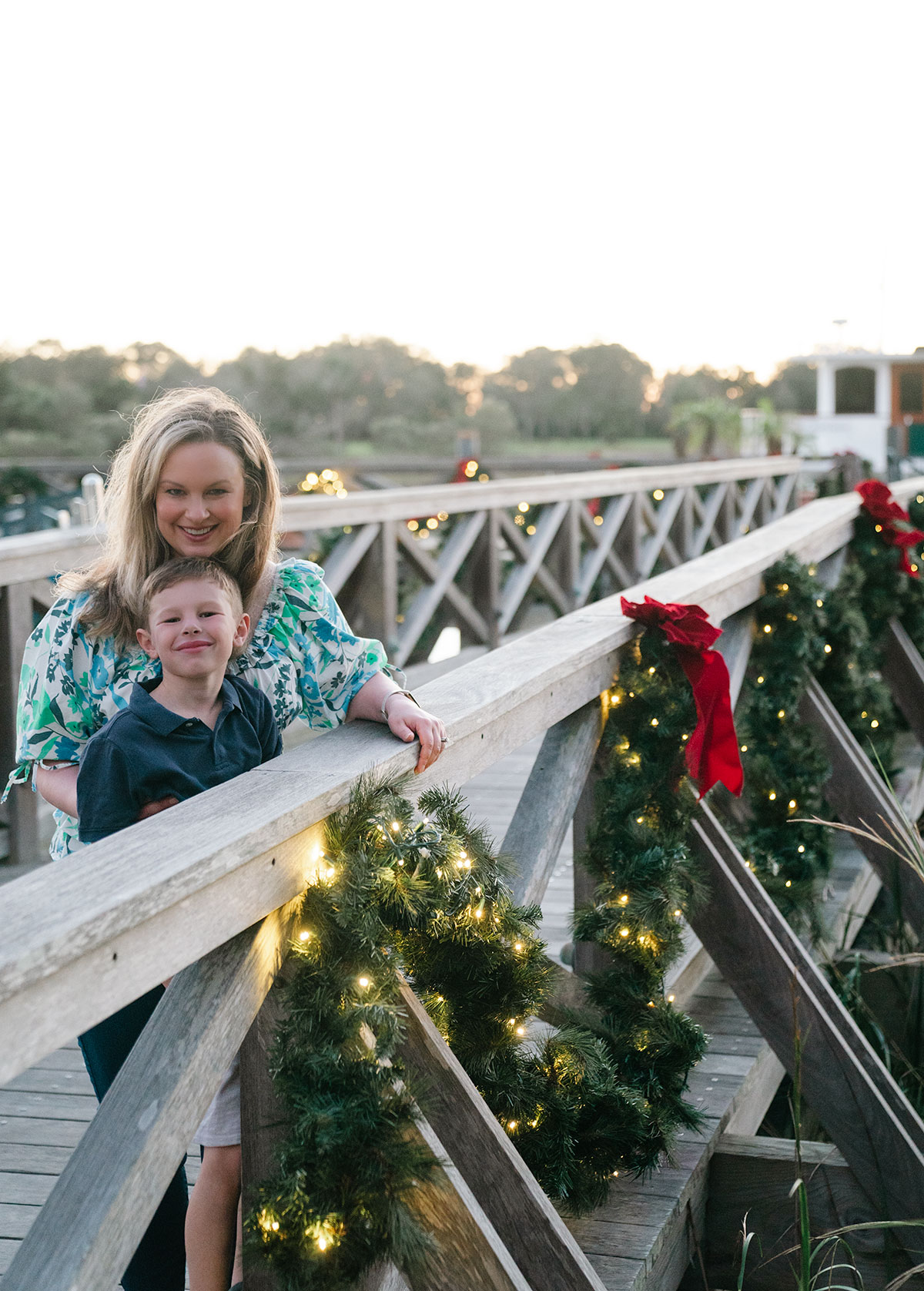 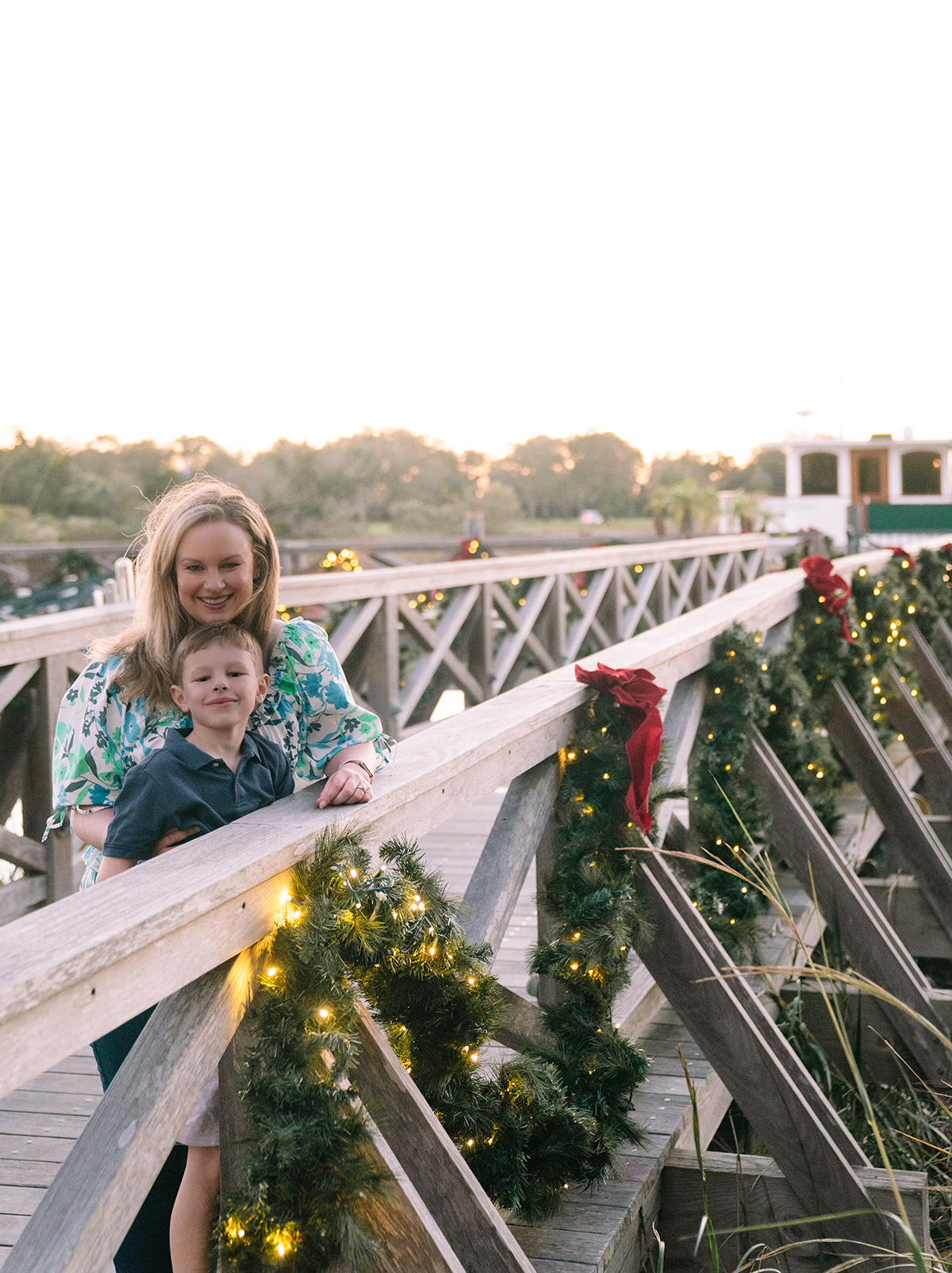 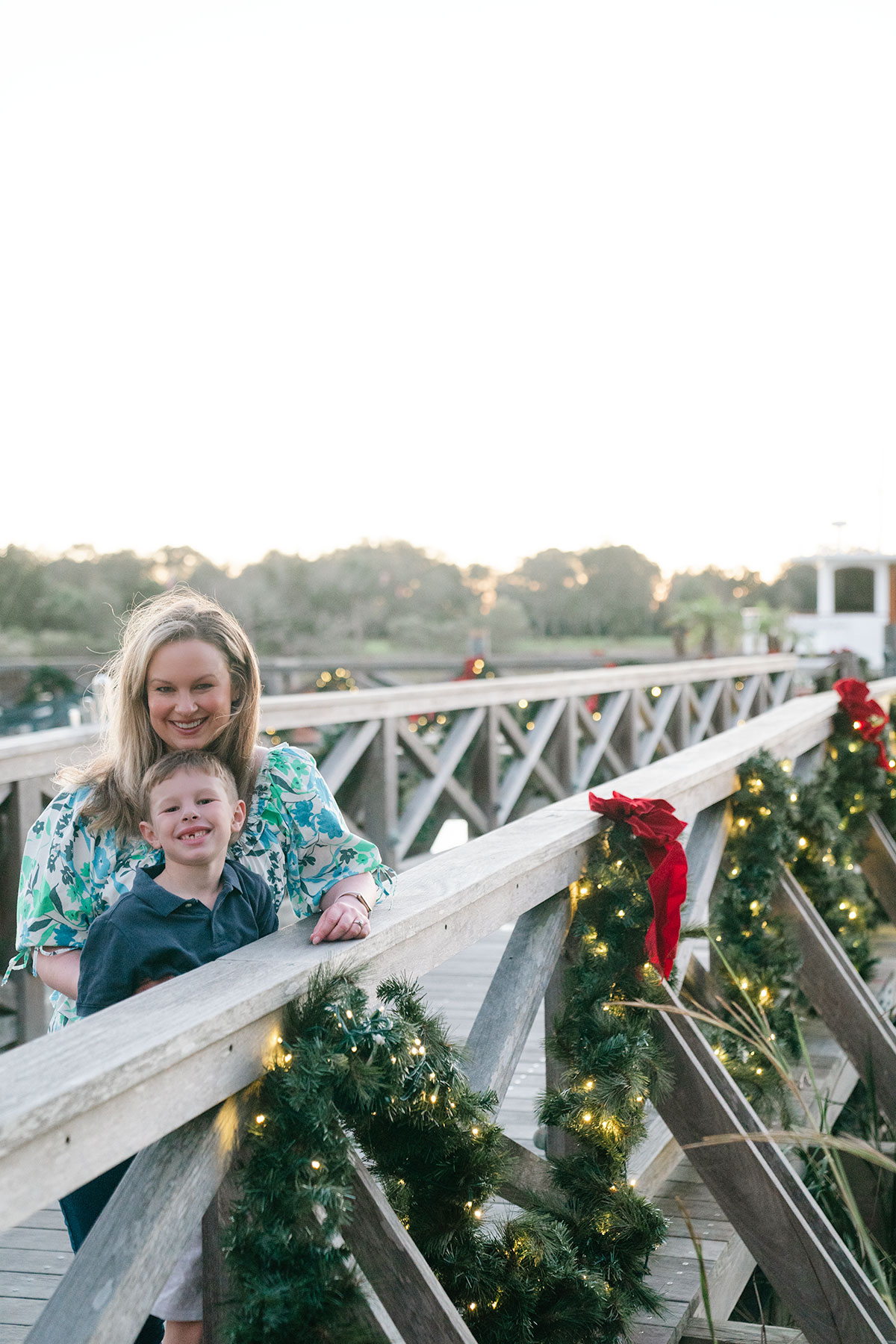 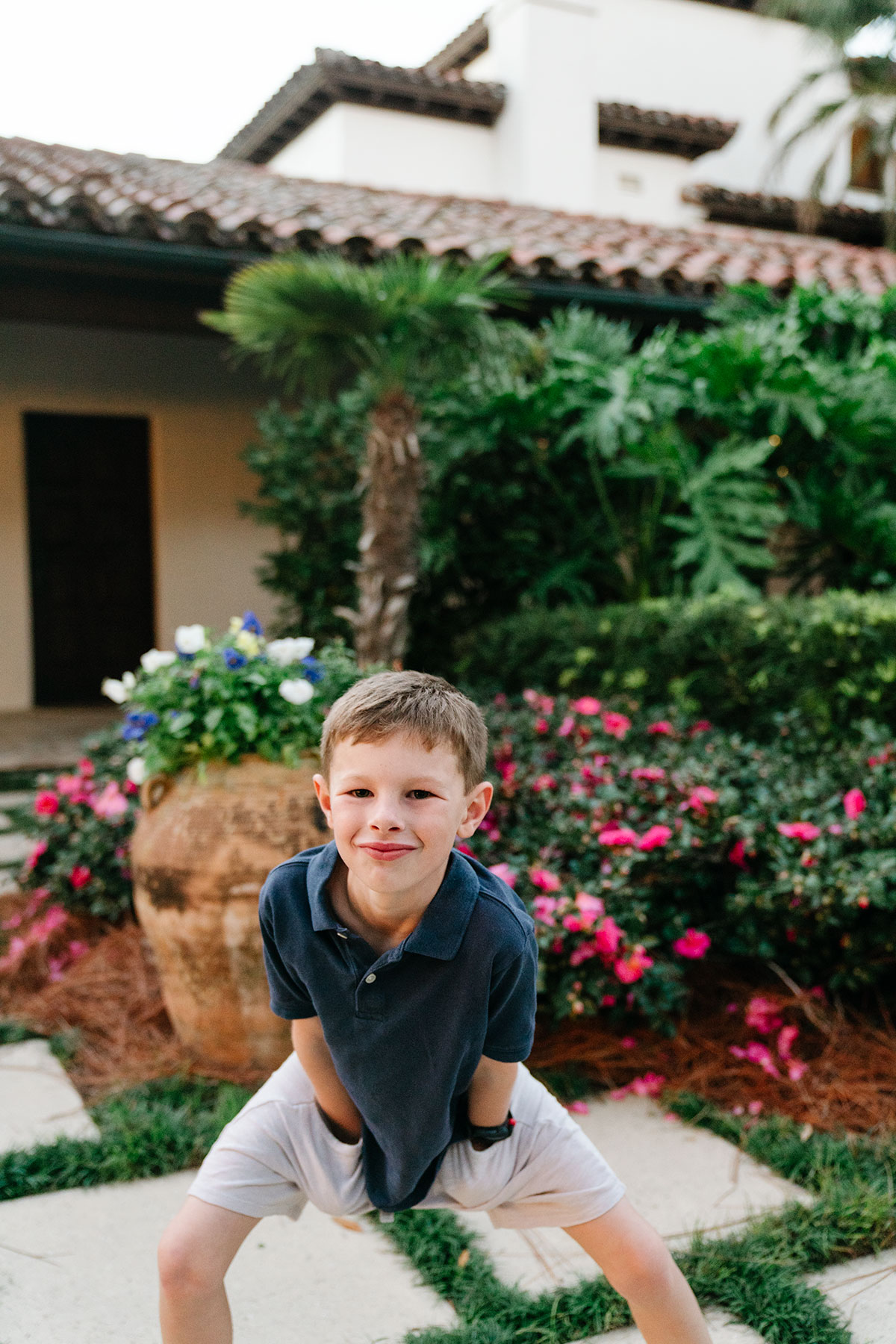