For as long as I can remember, I’ve loved tropical-flavored sweet things.

So I’ve concocted a healthier cupcake version of pineapple upside-down cake, topped off with a yummy whipped coconut cream.

Even Meat-and-Potatoes-Guy, who isn’t so obsessed with tropical-flavored sweets, is almost as addicted to these cupcakes as I am.

Here is everything you’ll need to get started.

As soon as you purchase the coconut milk (regular coconut milk should be used for this recipe, not light coconut milk) immediately place it in the refrigerator.

Overnight, all of the coconut fruit – the thick cream – will rise to the top of the can.

The water that has been added to the coconut milk will sink to the bottom.

This will be important for later on.

When you’re ready to prepare the cupcakes, heat the oven to 350 degrees F.

Grab a second bowl and mix together: two eggs, some canola oil, some plain nonfat Greek yogurt, some granulated sugar, and a bit of vanilla extract.

Add the flour mixture to the yogurt mixture and stir until everything is well combined.

Then spoon some of the mixture into a muffin pan filled with cupcake liners.

Fill each liner about halfway and no more.

The cupcakes more than double in size during baking, and they’ll overflow if you fill them too high.

While they bake, prepare the pineapple.

Pineapple is the key sweet component in these cakes, but it also makes this dessert more nutrient-packed.

Any kind of pineapple – canned, frozen, or fresh – will work.

For these photos, I used canned pineapple slices to mimic the design of the classic pineapple-upside down cake.

Cut the pineapple into bite-sized pieces (I cut each ring into about six pieces).

Heat just a bit of canola oil in a sauté pan over medium-high heat and add the pineapple along with some 100 percent pure maple syrup.

Then cook and stir until the pineapple becomes golden and caramelized. 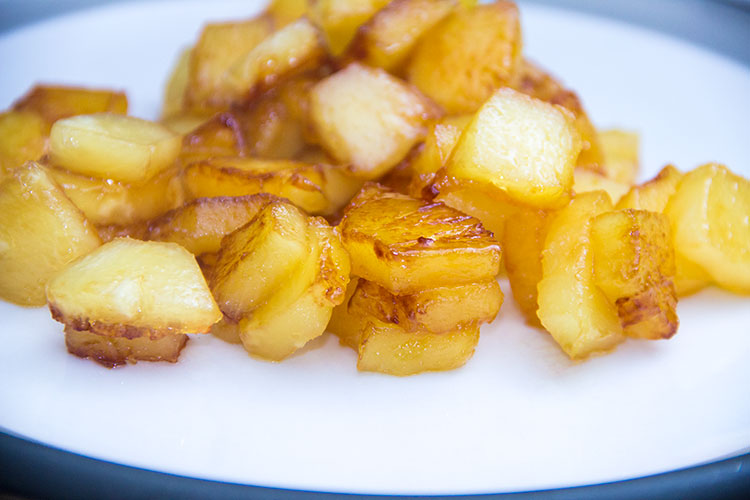 To keep the caramelized pineapple from sticking to the pan as it cools, immediately pour the pineapple onto a plate.

When the cupcakes and pineapple are cool enough to handle, cover the top of each cupcake with several pieces of caramelized pineapple.

The caramelized maple should make the pineapple sticky enough to cling to the cupcakes and stay put.

You can also slice off the very top of each cupcake, creating a completely flat surface to arrange the pineapple.

Grab the can of coconut milk from the fridge.

Scoop out just the top layer, the coconut  cream. It should be very rich and thick.

Refrigerate the remaining coconut-flavored water to use in another recipe.

Add some sugar and, using a hand mixer set to low speed, whip the mixture until a thick, frothy cream is formed.

It looks delish and it is absolutely heavenly.

I recommend starting with the amount of sugar called for in the recipe and adding about a tablespoon at a time until you reach the sweetness level you prefer. 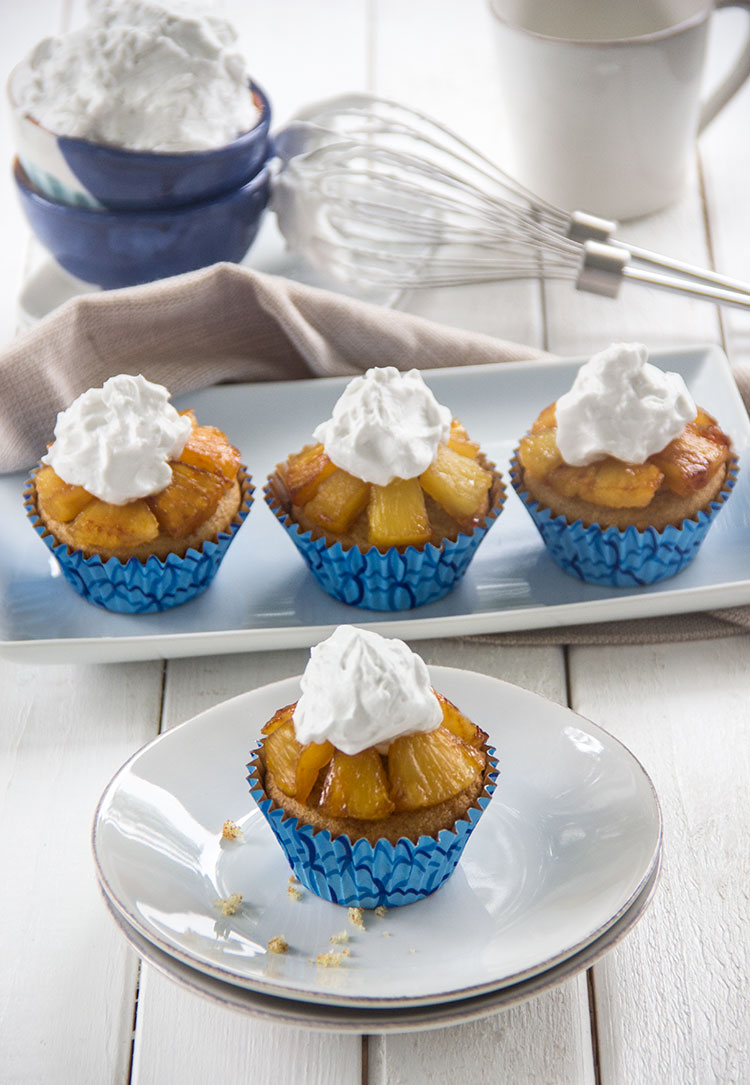 Top each cupcake with a dollop of coconut cream, and serve. 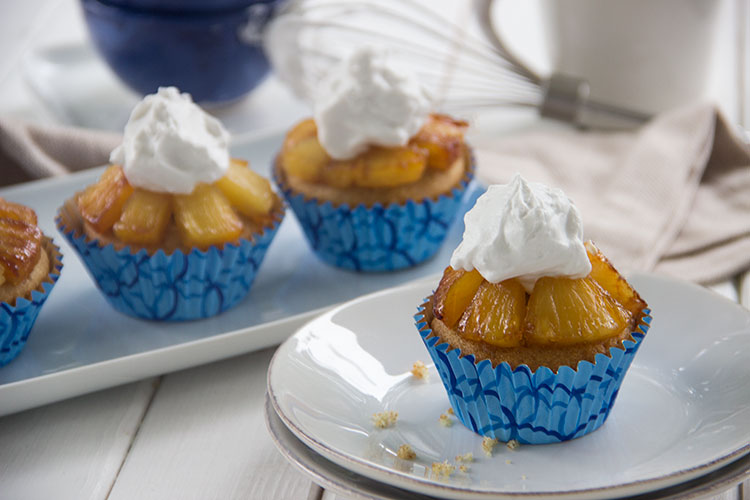 The decadent-tasting, moist vanilla cake is so perfectly yummy with the sweet caramelized pineapple.

These treats are an indulgent little escape to paradise, in cupcake form.

Naturally, at least at my house, they have a knack for disappearing very quickly.

Total Time: 40 minutes
Prep: 20 minutes
Cook: 20 minutes
Yield: 12 cupcakes
Ingredients
Instructions
Note: the night before preparing this recipe, refrigerate the can of coconut milk. The thick, creamy layer that rises to the top of the can is required for this recipe.
To Store: Cupcakes should be stored at room temperature in an airtight container in a cool, dry, shaded location. Coconut cream should be stored separately in an airtight container in the fridge. Top cupcakes with cream immediately before serving.
3.2.2089